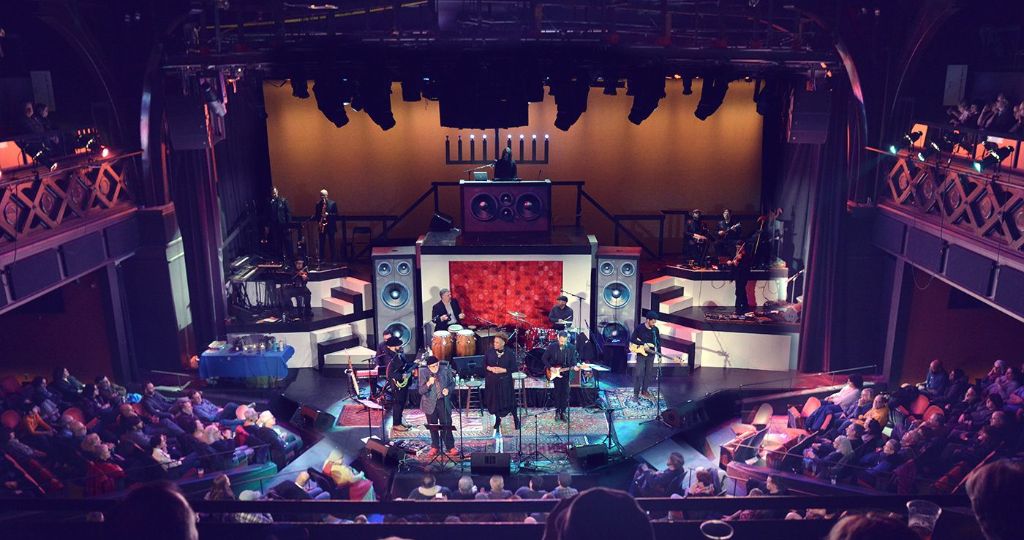 Brothers Lazaroff take to The Grandel Theater for the second year in a row to host their 9th Annual Brothers Lazaroff Hanukkah Hullabaloo.  Along with  Rabbi James Stone Goodman and The Eight Night's Orchestra and DJ Boogieman, they will be teaming up once again with Metro Theater Company to raise money for MTC's groundbreaking youth violence prevention program "Say Something, Do Something." Proceeds of the event will help enable schools across the region to receive this program at no cost.  Metro Theater Company will be in the midst of their winter production of "It's a Wonderful Life," and the Hullabaloo will take place within the meticulously crafted old-timey radio studio built for the show.  Brown Smith Wallace will be the presenting sponsor for the fourth year in a row, along with support from numerous other St. Louis institutions. Most importantly, latkes will be fried live on stage!