AN EVENING WITH STEPHEN KELLOGG

ALONE FOR THE HOLIDAYS

AN EVENING WITH STEPHEN KELLOGG

ALONE FOR THE HOLIDAYS 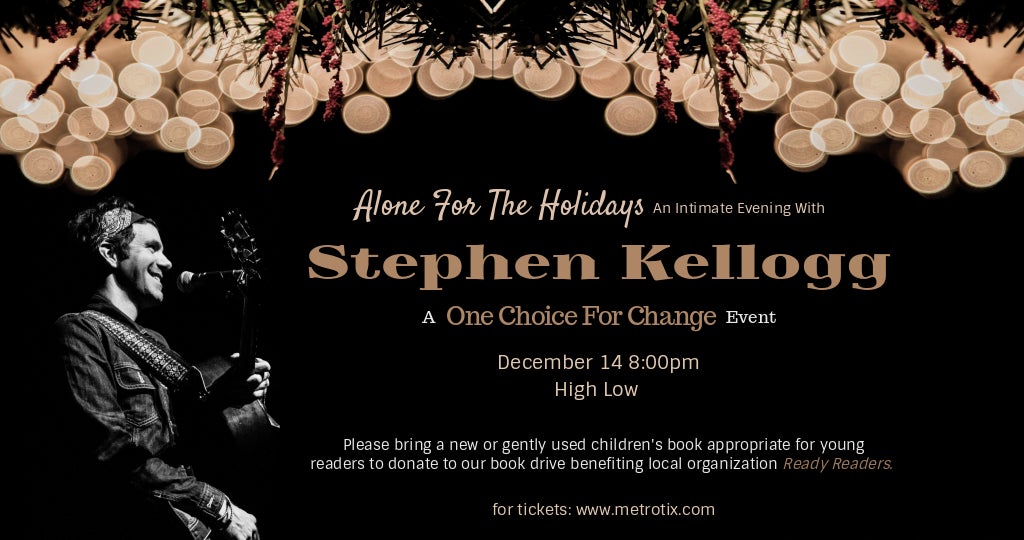 A One Choice For Change event to benefit local organization READY READERS. Please bring a donation of one new or gently used children's book.

“With beautifully written songs and an engaging personality”, Kellogg appears as if he was born on stage, taking the spotlight and using it to his advantage, but never letting go of his connection with the audience.” A master storyteller in his prime..." The Michigan Daily

Stephen Kellogg has performed more than 1500 concerts in the last decade or so. Most recently he's traveled Europe with Josh Ritter and landed on an aircraft carrier in the middle east to perform for the Armed Forces. Though his songs are in the tradition of classic artists like Jackson Browne and John Prine, he's been called "the best live act you've never seen" by CBS Radio. Additionally, Stephen Kellogg has well publicized affection for his role as father to four daughters and husband to a high school sweetheart which would almost be enough to make you not like the guy if he wasn't so, well...likable. For an evening of uplifting songs about life, love and the pursuit (and sometimes failure) of obtaining happiness, catch Kellogg on this intimate tour.