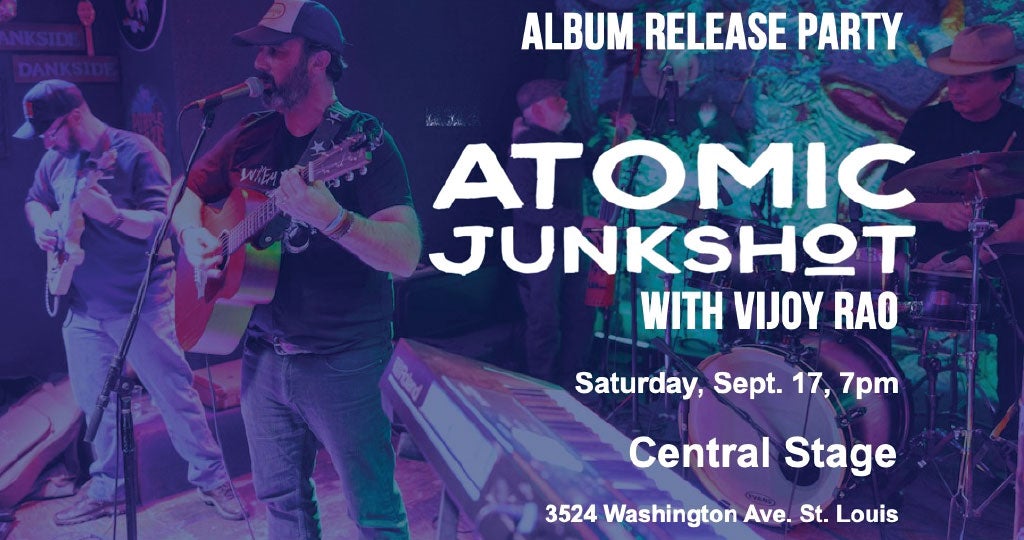 In celebration of Atomic Junkshot's "Gun Show" EP release, the band plays a full show with opening act Vijoy Rao on Sept. 17 at Central Stage in the Grand Center District of St. Louis.

St. Louis-based Atomic Junkshot’s gritty fusion of country, rock’n’roll and blues — what the band describes as "honky-tonk rock'n'roll" — is built atop a foundation of carefully crafted words meant to express a wide spectrum of often contradictory emotions ranging from anger to jubilation, regret to satire, bitterness to humor, love and hate.