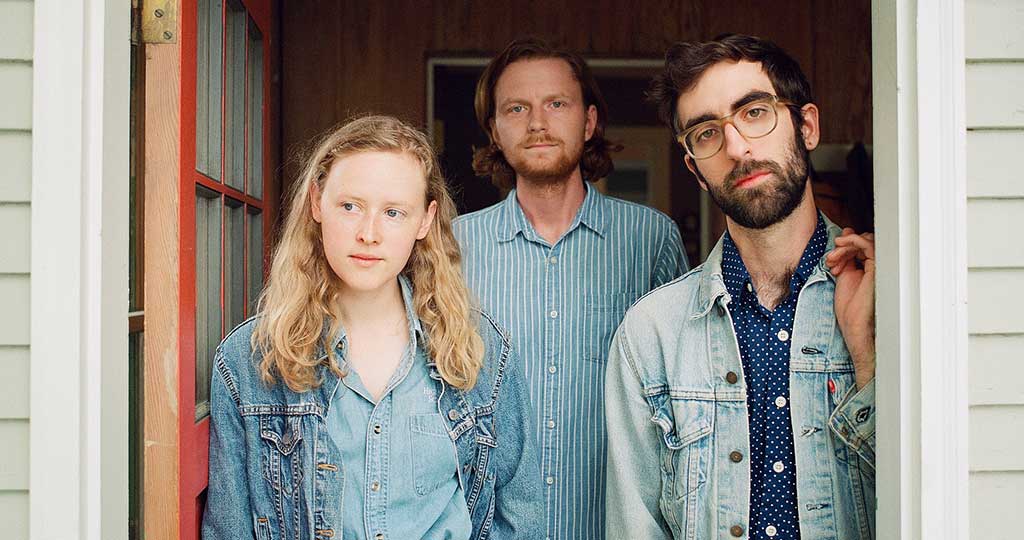 The band is requiring proof of vaccination for all attendees, performers and employees. Though not their preference, a negative test within 72 hours will be acceptable. In addition, they are requiring masks to be worn when not eating or drinking regardless of vaccination status.

Bad Bad Hats are an indie rock trio from Minneapolis, Minnesota. Known for bringing a joyful, exuberant presence to their live shows, touring with The Beths, Margaret Glaspy, The Front Bottoms, Hippo Campus, and Third Eye Blind, the group took specific care to bring their fun-loving spirit to their third LP, Walkman.

Kerry (guitar/vocals), Chris (bass), and Con (drums) let their collective hair down on Walkman, bringing raucous and explosive riffs alongside witty lyrics. Though you might not notice from their indie rock exterior, Bad Bad Hats draws a heavy influence from classic pop songwriting that shines through in their hooky choruses and strong melodic sensibilities.

For this release the band set out to push their capabilities as a trio. Subtle changes in process helped the band achieve this goal, such as shifting Chris from a wider multi-instrumental role to allow him to prioritize his bass playing, having Kerry record the bulk of the guitars instead. “You can hear all of our musical voices a lot better on this record.”

A carefully crafted studio sound brings the record to life, injecting it with an energetic voice that is unique to Bad Bad Hats. Walkman is the group’s fourth time working with producer Brett Bullion, including their previous two LPs, Psychic Reader and Lightning Round, and the Wide Right EP.  Bullion and the band use the studio as an instrument, resulting in their most polished work to date.

The Gully Boys origin story plays out like the perfect domino effect. While sorting vintage clothes in a Minneapolis-area Ragstock in 2016, Kathy Callahan (she/her) shared her dream of becoming a vocalist with Nadirah McGill (they/them). After encouraging a friend from middle school, Natalie Klemond (she/her), to join the trio on bass, Nadi picked up a pair of drumsticks and counted off a cover of Best Coast’s “Girlfriend.” From there, they had to master their instruments on the fly, growing as creatives while blossoming with their first material. After their debut EP landed online a year later, Gully Boys released their debut LP Not So Brave in 2018, earning Best New Band honors from their hometown City Pages and sharing the stage with everyone from The Hold Steady to Third Eye Blind. The band’s Phony EP arrived in late 2019 on the edge of a screeching halt.

Inspired by this break in the action, Favorite Son is a display of resilience and brilliance that brings the extremes of unprecedented times into full view. Gully Boys’ first for Get Better Records is fueled by grief but sustained on exultant self-reliance. It is important to mention, too, that Gully Boys’ mantras and music are tightly linked through community outreach. The band made meals for residents facing housing insecurity in southern Minneapolis in 2020 and repeatedly uses their platform as a base for resource sharing against white supremacy.

The band is requiring proof of vaccination for all attendees, performers and employees. Though not their preference, a negative test within 72 hours will be acceptable. In addition, they are requiring masks to be worn when not eating or drinking regardless of vaccination status.