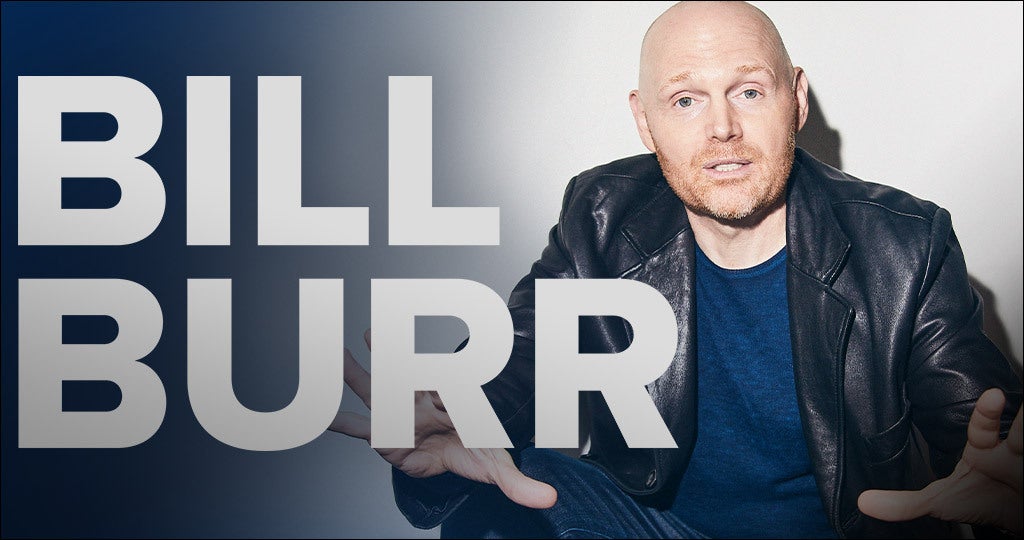 If you have a promotional code, click here to enter it.

Presented by Fox Concerts in association with Live Nation

A Grammy-nominated comedian, Bill Burr is one of the top comedic voices of his generation achieving success in TV and film as well as on stage. Bill sells out theaters internationally and his Monday Morning Podcast is one of the most downloaded comedy podcasts. Bill made his debut as host of Saturday Night Live on October 10, 2020, he stars opposite Pete Davidson and Marisa Tomei in the Judd Apatow film, The King of Staten Island, and he stars as Mayfeld in The Mandalorian on Disney Plus. His animated Netflix series, F Is For Family, stars Burr, Laura Dern, Justin Long and Sam Rockwell in the cast and will premiere its fifth and final season in 2021. In September 2019, he released his sixth hour-long comedy special, Bill Burr: Paper Tiger, which was nominated for a Grammy Award, was recorded at London’s Royal Albert Hall and is streaming on Netflix. Bill was seen in the Hugh Jackman film, The Front Runner; the Mark Wahlberg and Will Ferrell film, Daddy’s Home; he co-stars opposite Kevin Costner in the indie film, Black or White; was seen in the Paul Feig film, The Heat, alongside Sandra Bullock and Melissa McCarthy and in the Al Pacino and Christopher Walken film Stand Up Guys. Bill received raves for his recurring role as “Kuby” on the hit AMC-TV show, Breaking Bad.

Everyone must have a ticket, regardless of age. Prices are subject to change.

The health and safety of our guests, associates and visiting artists is a top priority at the Fabulous Fox. Six months ahead of this event, it is impossible to predict what the COVID-19 protocols will be at that time, but as always we will follow the governmental health requirements in effect. Tickets are being sold at full capacity. Guests should check this page for updates when we are closer to the performance date. Ticketed guests will also receive email updates from the Fabulous Fox as we have them.