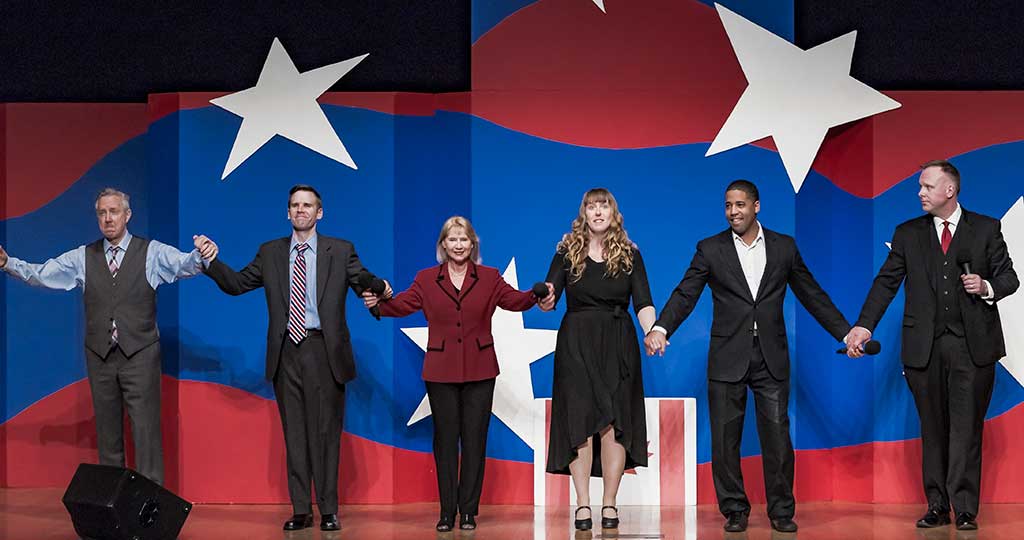 The Lyin’ King includes skits and lyrics about the current Democratic primary candidates and the newest late-night thoughts from President Donald Trump set to well-known pop tunes. Professional actors and singers draw inspiration from today’s news headlines and Twitter feeds and share their unique mix of musical and political comedy with audiences.

Some examples of the types of performances attendees will see during the show include President Trump singing a rock song, Bernie Sanders singing a show tune and Vladimir Putin dancing shirtless.

All seats are reserved.

If you wish to attend the Cast Party, be sure to select the "+ Cast Party" ticket type. The cast party is immediately following the show at St. Louis Public Radio and includes a dessert reception with live music. Guests will have an opportunity to meet and mingle with the Capitol Steps cast.

St. Louis Public Radio members receive a $5 discount on both ticket types. If you are a member, be sure to select the Member pricing.

This event sells out every time. Get your tickets in advance!