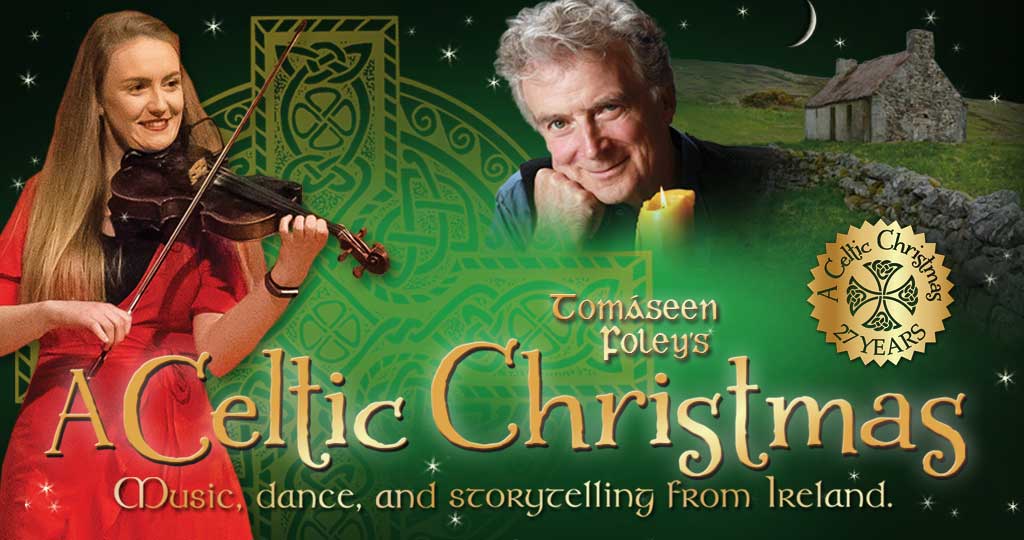 For the 27th season, Tomáseen Foley’s A Celtic Christmas takes to the road with some of the finest and most authentic exponents of the Celtic arts performing anywhere today, on either side of the Atlantic. At its center is native Irish storyteller, Tomáseen Foley, and joining him this year are three St Louis-based performers, Eimear Arkins (fiddle and vocals), Kevin Buckley (fiddle) and Natalie Wagner (dance).

A Celtic Christmas springs from the infinitely rich treasury of Ireland’s cultural heritage. It is a re-creation of a night before Christmas in the West of Ireland in the 1940s, before the advent of motorcar, the television, and the telephone. The show takes us back to rural Ireland where neighbors gathered at each other houses and brought with them -- not gold frankincense or myrrh, but gifts equally precious -- their gifts of music, song, dance and storytelling.

On stage, the spirit of Christmas dances to life and glows brightly when the artists - ‘the neighbors’ - gather to create a wholesome, cultural, family feast directly from the rich table of communal life in the west of Ireland. By recreating just such a night on stage, Tomáseen Foley’s A Celtic Christmas brings the timeless tradition to audiences across the country.

Child = under 18
All seating is reserved.