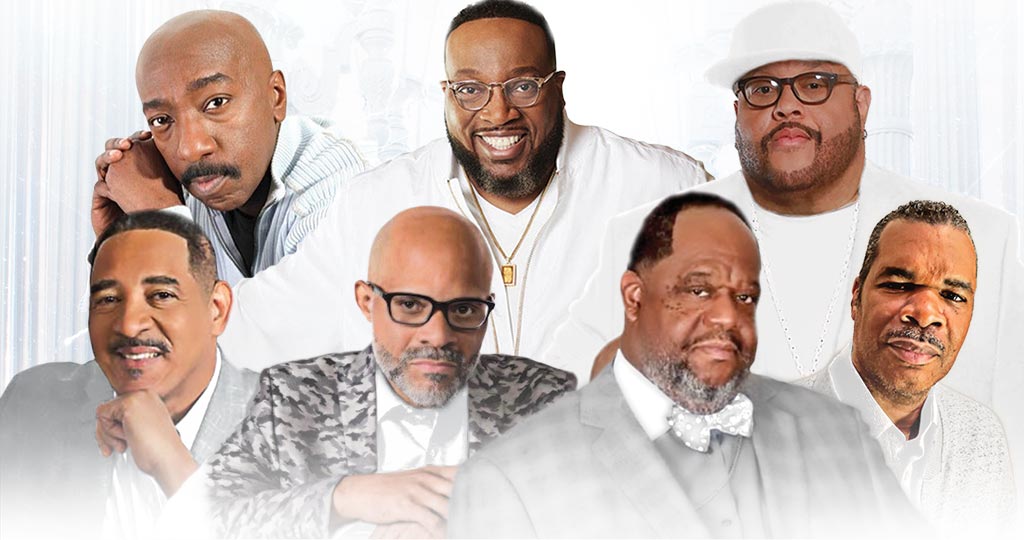 How did a few young guys from the hood of Detroit—one of the roughest areas in the world— end up coming together, ultimately becoming one of the most respected and celebrated male gospel groups of all time?

How could they go from barely raising enough to record one album in 1985 to successfully recording 12 albums while being the launching pad for multiple Grammy, Stellar, Dove, and BET Award winning artists Fred Hammond and Marvin Sapp whose combined album sales total over 12 Million?

How did this hidden gem end up having their music featured in multiple movies and popular television sitcoms, being THE group that inspired countless other multi-platinum selling artists including Jamie Foxx, Silk, Boyz II Men, Guy, Jodeci, and 112?

This fall, all of the original group members are coming back together again on one stage with an amazing melodic sound and mind-blowing harmony that’s STILL as incredible as it was from day one!

Everyone must have a ticket, regardless of age.
Prices are subject to change.

Mobile and Print-Your-Own tickets will not be delivered until 3 days after the general on-sale date.