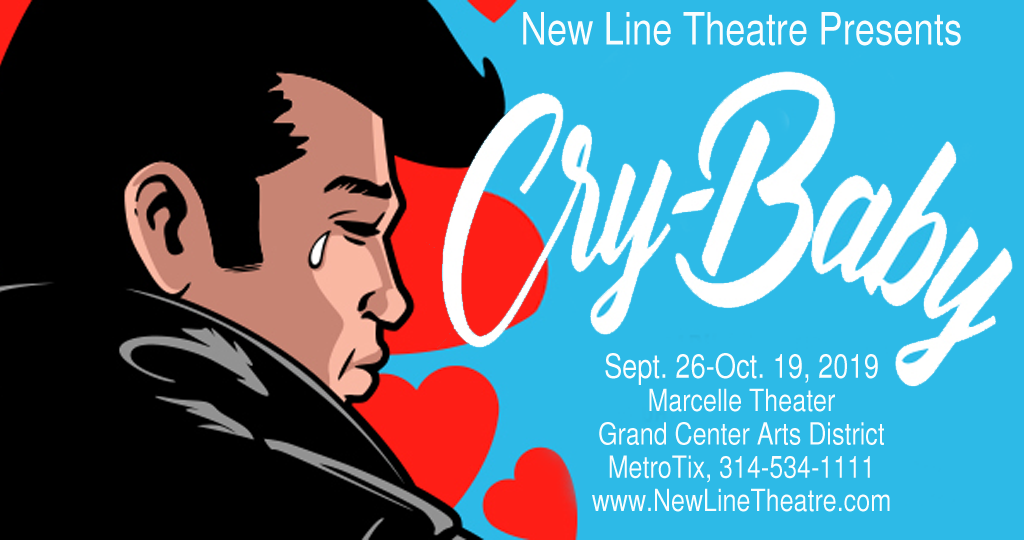 "One of the most flat-out entertaining musicals you're ever likely to see."
– Paul Friswold, The Riverfront Times

"If you go for smart fun with a contemporary edge, this is the musical for you."
– Judy Newmark, All the World’s a Stage

It's 1954. Everyone likes Ike, nobody likes communism, and Wade "Cry-Baby" Walker is the coolest boy in Baltimore. He's a bad boy with a good cause -- truth, justice, and the pursuit of rock and roll.

At the center of this world are the star-crossed lovers, Cry-Baby and the square rich girl Allison, just a good girl who yearns to be bad in Cry-Baby's arms. Fueled by hormones and the new rhythms of rock and roll, she turns her back on her squeaky clean boyfriend Baldwin to become a "drape" (a Baltimore juvenile delinquent) and Cry-Baby's moll. At the other end of the topsy-turvy moral meritocracy of 1954 America, Baldwin as the king of the squares leads his close-harmony pals against the juvenile delinquents, who are ultimately arrested for arson, sending the drapes all off to prison. It's Romeo and Juliet meets High School Hellcats.

CRY-BABY has a score by David Javerbaum (The Daily Show) and Adam Schlesinger (Fountains of Wayne), and a book by Mark O'Donnell and Thomas Meehan, based on John Waters' classic indie film. O'Donnell and Meehan also adapted John Waters' Hairspray for the musical stage. Cry-Baby premiered at the La Jolla Playhouse in San Diego in November 2007 and opened on Broadway in April 2008. New Line first produced the show regionally in March 2012, after negotiating the first regional production rights in the country. The original creative team revised the show for New Line and commissioned new orchestrations, to make it a smaller, more intimate musical, with a 6-piece rock band.

CRY-BABY was nominated for four Tony Awards, including Best Musical, Best Book of a Musical, Best Original Score, and Best Choreography. It was also nominated for Best Musical by the Drama League and the Outer Critics Circle Awards. Terry Teachout wrote in the Wall Street Journal, "You want funny? I'll give you funny, or at least tell you where to find it: Cry-Baby, the new John Waters musical, is campy, cynical, totally insincere and fabulously well crafted. And funny. Madly, outrageously funny. It is, in fact, the funniest new musical since Avenue Q. If laughter is the best medicine, then Cry-Baby is the whole damn drugstore." Newsday called the show "pleasantly demented and -- deep in the sweet darkness of its loopy heart -- more true to the cheerful subversion of a John Waters movie than its sentimental big sister Hairspray." The New Jersey Star-Ledger called it, "candy for adults who like their musicals nutty -- and not so nice."