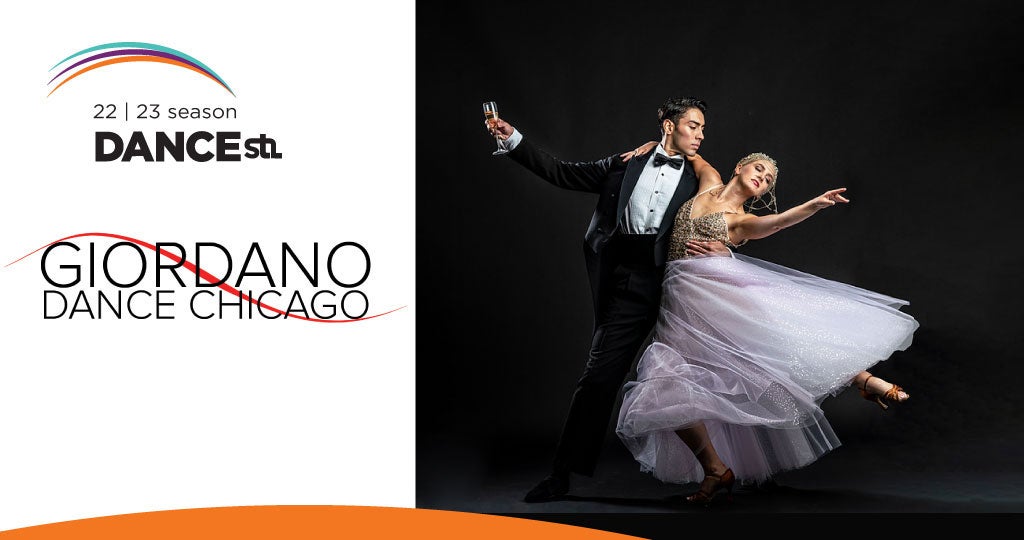 The company has captivated audiences worldwide with its technically flawless brand of jazz dance that boldly reaches new heights and repeatedly expands the boundaries of jazz and contemporary dance.

Giordano Dance Chicago’s imprint on the art form of jazz dance is tremendous and far-reaching, and its rich, diverse and vast repertoire of more than 175 original works spans the gamut of human emotion.

Don’t miss Giordano Dance Chicago as they light up the stage at the Touhill!

“From the first moment that Giordano Dance Chicago steps on stage, the audience knows that this evening will be electric" (Chicago Tonight)

“It is home-grown, it is American, it is our way of life” (Gus Giordano)

Giordano Dance Chicago was founded six decades ago by choreographer, dancer, master teacher and author, Gus Giordano, who created and taught the Giordano Technique at venues across the United States and around the world.  From its origins in Gus Giordano’s family-run studio to its current incarnation as a world-renowned company, Giordano Dance Chicago boasts a half-century of worldwide performances in 28 countries, 47 states, and more than 1,300 cities. Currently, under the leadership of Artistic Director Nan Giordano and Executive Director Michael McStraw, Giordano Dance Chicago remains a world-class dance company and a driving force internationally, nationally and in Chicago's thriving performing arts community.

Everyone entering the theatre must have a ticket, regardless of age.

Prices are subject to change.