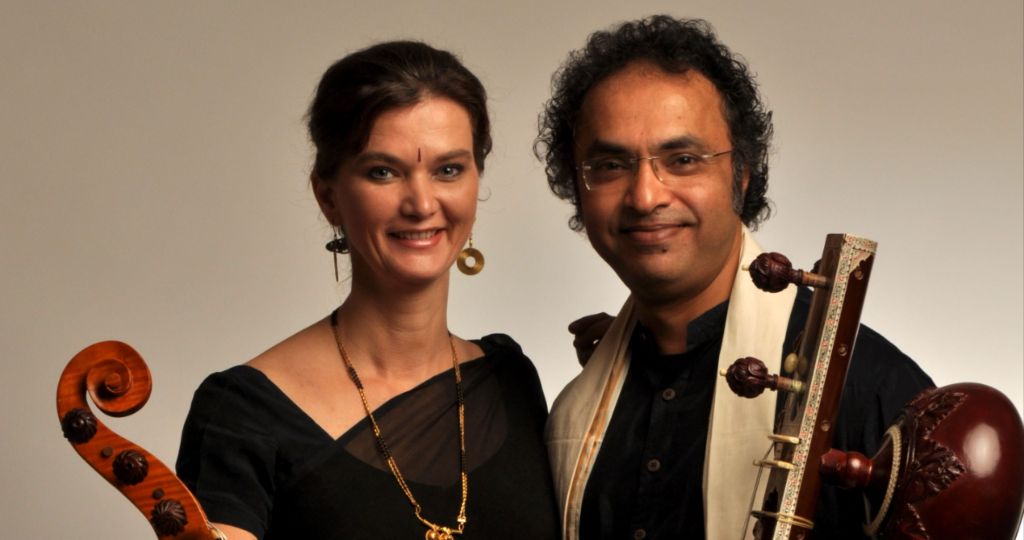 In the 1960s, two virtuosos, Ravi Shankar and Yehudi Menuhin, brought the music of the East and West together with their historic collaboration titled “East meets West.” Five decades later, Shankar’s protégée, Shubhendra Rao, and brilliant Cellist Saskia Rao-de Haas, prove that the music of East and West no longer just meet but are ready for an abiding relationship through their acclaimed collaboration, “East Marries West.”

This celebrated husband-wife duo play traditional Indian Classical Music and also compose music that is both avant garde and traditional at once. Gateway Magazine, India describes their duet as “taking Indian Music into a brave new era.” Together they have performed across the U.S., Canada, South Africa, the United Kingdom, Europe and Asia, at prestigious concert halls, international festivals and more.