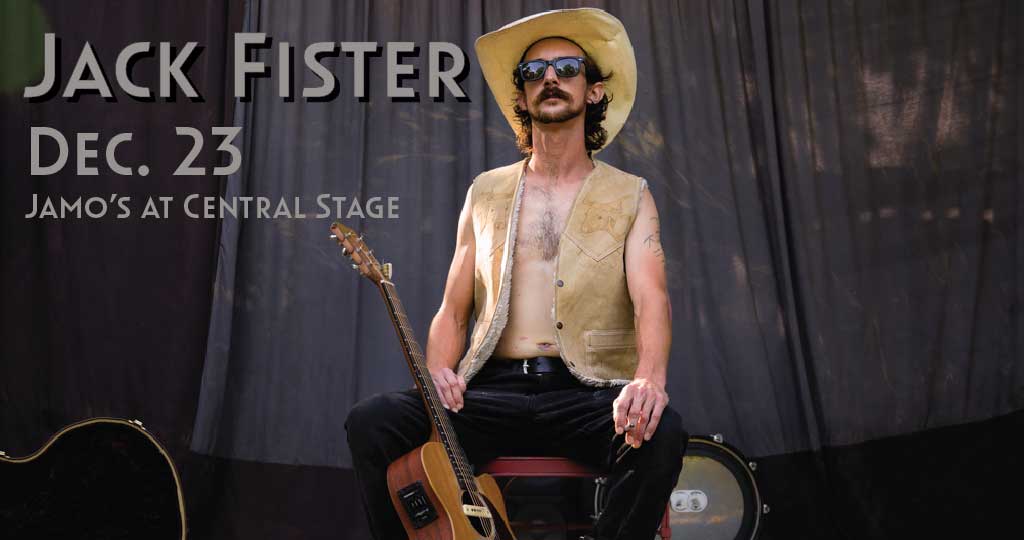 Jack Fister is a country-blues songwriter, guitar picker, and singer currently based in Austin, Texas. He began writing songs to record in 2016, honing the craft in St. Louis, Missouri while playing in local punk rock bands. Traveling to and from the Western Coast and the Southwestern United States by DIY rocknroll tours, busking and hitchhiking further inspired his own music.

His style draws from blues legends like Lightnin’ Hopkins and Leadbelly, as well as country artists like Townes Van Zandt, Hank Williams Sr., Waylon Jennings.
When performing with a backing electric guitarist and drummer, Jack Fister’s sound draws also on Country-Rock bands like The Flying Burrito Brothers and Western-Swing bands like Bob Wills and The Texas Playboys

Since moving to Texas, he released his single “Funeral House Blues” followed by his self-penned full length album “Sweet Riverside Farm Mojo Heart” in August of this year. It features Evan Joyce on bass, Sparkle Grass Pat and Carlos VanWess on fiddle, and was recorded at SweetHeart Studios in Elgin, TX and produced by Wild Fitz. In the last two years, Jack Fister has gotten to play historic Austin venues such as Continental Club, Hole In The Wall, Dry Creek Cafe and Boat Dock.