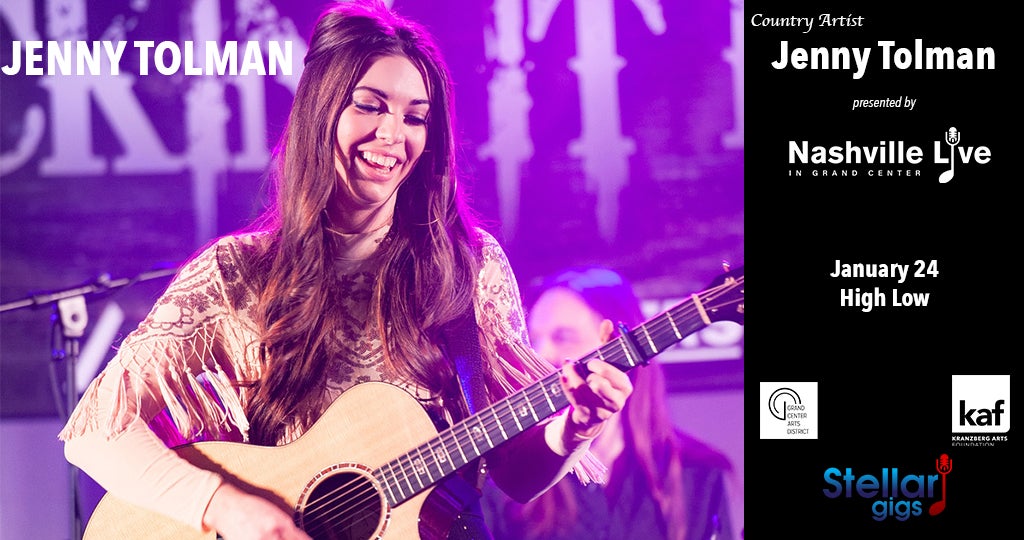 This event has been moved to High Low, at 3301 Washington Avenue. Tickets that were originally issued for the Kranzberg Arts Center will be honored at the door. All other event information remains the same.

Rolling Stone Country says Jenny Tolman has, "the sass of Nikki Lane and the clever wordplay of Brandi Clark." Whatever she has, it has helped her her career off to a compelling start. Her debut album, "There Goes the Neighborhood," debuted at #25 on the Billboard Country Album Sales Chart. Produced by Grammy-nominated Dave Brainard, it was voted the best Debut Album by Nashville Scene magazine.

Jenny was born and raised in Nashville and learned to explore herself by way of her sharp-witted songwriting style. Her style is unique and best described as melodramatic, acute and a face-slap of reality. Robert Oermann of MusicRow magazine recently praised one of her songs as, "effortlessly country, yet with contemporary, conversational lyric.....In these devise times, she is a voice of gentility, grace and peace." She's also one entertaining performer.