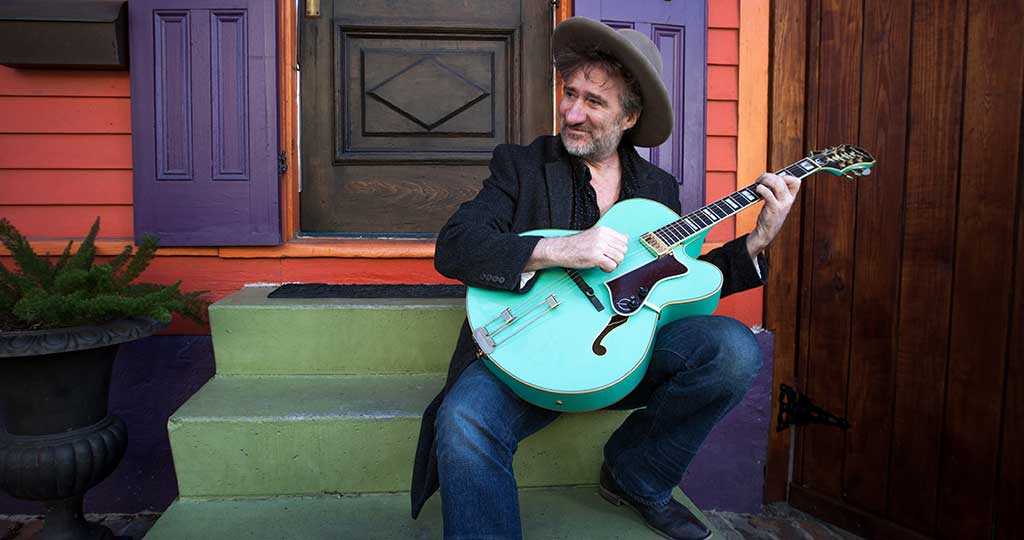 The Oxford American magazine is excited to welcome Jon Cleary to the South on Main stage! This is the third show of their Americana Sub-Series. The series is made possible in part by presenting sponsor Stella Boyle Smith Trust, as well as their season sponsor University of Arkansas for Medical Sciences.

“Cleary embodies the heart and soul of the Crescent City, keeping the sound and the fury of its legendary piano pounders alive and kicking.”
—No Depression

Dyna-Mite was recorded in several studios around New Orleans, including Cleary’s in-home facility, with accompaniment by a host of the Crescent City’s A-list musicians. “There’s such a great pool of talent in New Orleans,” Cleary comments. “And it’s a real pleasure to work with such a wide variety of the local characters. I’ve been so lucky to have played with so many great New Orleans rhythm sections over the years.”

Jon Cleary’s affinity for New Orleans music goes back to the rural British village of Cranbrook, Kent, where he was raised in a musical family. Today, Cleary’s work pays obvious homage to the classic Crescent City keyboard repertoire created by such icons as Jelly Roll Morton, Fats Domino, Professor Longhair, Art Neville, Dr. John, and James Booker—while also using it as a launching pad for a style that incorporates other diverse influences: ’70s soul and R&B, gospel music, funk, Afro-Caribbean and Afro-Cuban rhythms.

Cleary is eager for his fans to hear Dyna-Mite. “Dig this latest from my big and greasy, high-class symphony swamp orchestra,” he says with great exuberance. “A killer combination,” Cleary continues, “of horn howlers and snare snappers, bass bangers and guitar grinders…pickin’ up the gettin’ down from the old cats in the saloons, studios, and street parades of New Orleans.”