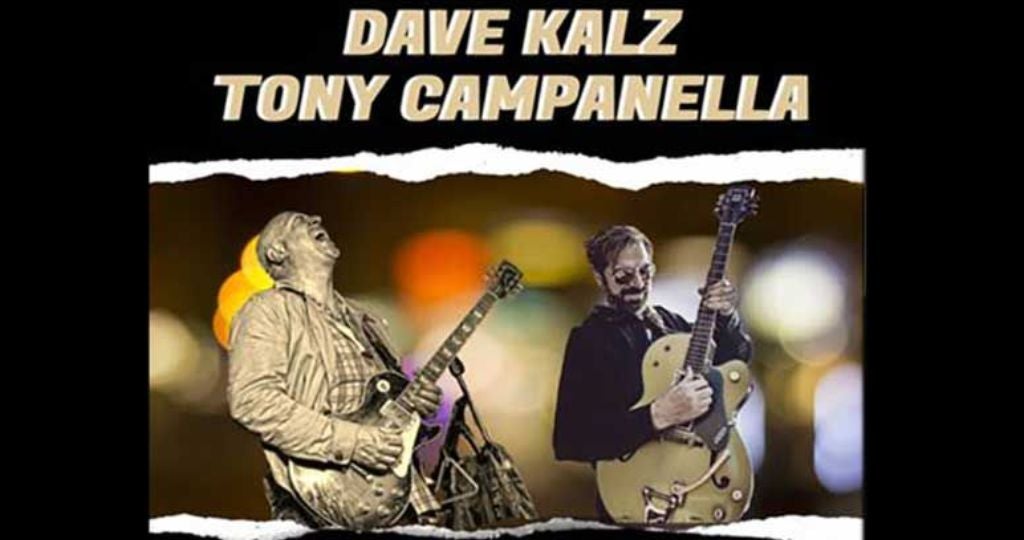 THIS EVENT HAS BEEN RESCHEDULED TO FRI. APRIL 1, 2022.
Tickets for the original Jan. 7 performance date will be valid on April 1. Those who are unable to attend the new date may request a refund from the original point of purchase by March 30.

In the early 90's, Tony performed in the LA West Blues Band with Tommy Bankhead and then later joined The Sliders in the mid to late 90's. He then branched off and started his own power trio The Tony Campanella Band. Best described as a heavy, rockin' blues band, The Tony Campanella Band has been working the St. Louis circuit for a lifetime. For twenty years, Tony Campanella has been a part of the well known Stevie Ray Vaughan Tribute Show in St. Louis, MO. Talent and experience gained Tony the respect of fellow artists. Tony has had the honor of opening for Etta James, Robin Trower, Deep Purple, Bernard Allison, Kenny Wayne Shepherd, Koko Taylor, and Shemekia Copeland. Tony Campanella was the perfect choice to be the first artist signed to Mike Zito’s label, Gulf Coast Records.  Tony’s record debuted at #5 on the Billboard Records Blues Chart and received airplay on BB King’s Bluesville, as well as other blues and independent radio stations across the country.

Dave Kalz is a veteran artist formerly with bands such as Devon Allman’s Honeytribe, Suave Octopus, Impala Deluxe, and Anthology, an Allman Brothers Tribute Band. Originally hailing from St. Louis and now living near Milwaukee, Kalz was a staple on the St. Louis music scene for decades, and has just released his first solo record, Relish, on Mike Zito’s Gulf Coast Records.  Relish debuted at #6 on the Billboard Records Blues Chart, and has received airplay on independent blues radio shows across the country, in Europe, and Australia.  The album’s hard driving, blues driven guitar licks are sometimes reminiscent of Billy Gibbons and early ZZ Top.