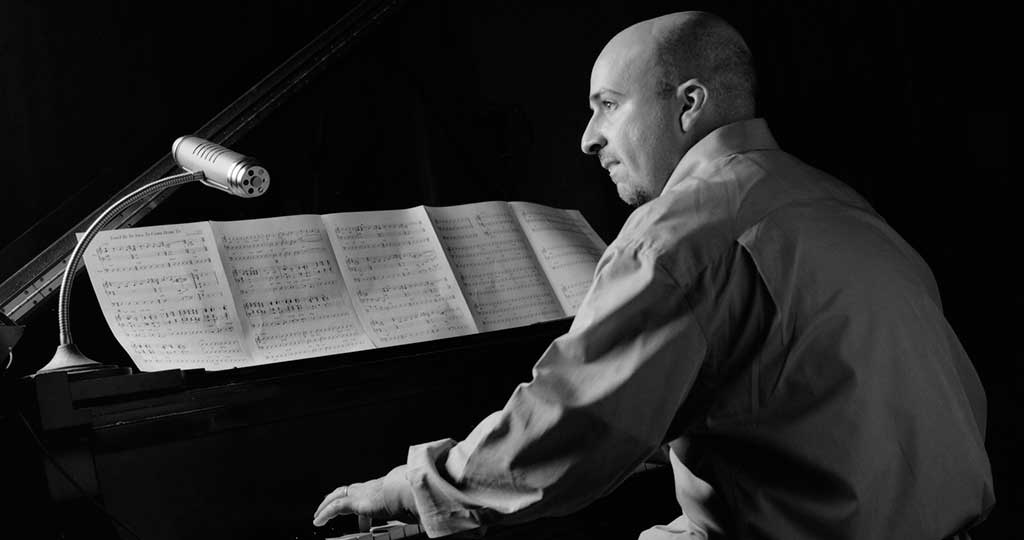 The Oxford American magazine is excited to welcome Peter Martin & Romero Lubambo featuring Erin Bode to the South on Main stage! This is the first show of their Jazz Sub-Series. The series is made possible in part by presenting sponsor UCA College of Fine Arts & Communication, as well as their season sponsor University of Arkansas for Medical Sciences.

“One of the most underrated pianists in jazz today ... Martin plays with the kind of daring and excitement that marks a distinctive personality on the keyboard.”
—Washington Post

Peter Martin is an acclaimed jazz pianist, composer, arranger and educator. His touring career has taken him to six continents numerous times. In January 2011 Peter performed with a select group of jazz artists at the White House for a State Dinner hosted by President Obama, and he returned to perform for the Governor’s Dinner in February 2012 for the first family and other guests.

Peter performed on and arranged Dianne Reeves’ GRAMMY-winning release A Little Moonlight. He also appeared in George Clooney’s 2005 film Good Night, and Good Luck, as well as being the featured pianist and an arranger on the GRAMMY-winning soundtrack. Peter has performed, toured and recorded with Wynton Marsalis, Chris Botti, Betty Carter, Christian McBride, and Joshua Redman, as well as the Berlin Philharmonic, Chicago Symphony Orchestra and the New York Philharmonic. In 2014 Peter was selected to tour with “Newport Now 60,” an all-star ensemble that toured nationwide in celebration of the iconic festival’s 60th anniversary.

In 1985, Romero Lubambo came to the United States, and brought with him a new sound in Brazilian jazz guitar.

Romero's guitar playing unites the styles and rhythms of his native Brazilian musical heritage with his fluency in the American jazz tradition to form a distinctive new sound.

From the cool, sophisticated rhythms of his native Brazil to hard bop, Romero is a guitarist who's comfortable in any musical setting. He is an uncommonly gifted soloist and musical improviser with a steady stream of unpredictably creative musical thoughts and the virtuosity to deliver them.

Lubambo is considered by critics to be "the best practitioner of his craft in the world today...the guitarist's facility, creativity and energy are in a class all their own."

In the decade-plus since Erin Bode began her professional recording career, she has garnered much critical praise for her pure voice, perfect pitch, and impressive phrasing and style. It is this talent, coupled with her reluctance to accept classification as a purely jazz vocalist that has led to reviews hailing her as “someone you won’t forget” and comparing her sound to the likes of Eva Cassidy and Norah Jones.

To date, Bode and her band have released eight albums and have toured the United States, as well as Italy, Asia, and Africa. The Erin Bode Group creates music forged from the Americana of its members’ Midwestern roots, infused with jazz grooves and made magic by Bode’s bell-like voice. Sophisticated arrangements and attention to phrasing, both vocal and instrumental, further distinguish the band’s fresh sound.

While Bode got her start singing standard jazz, her recent projects have been decidedly more pop-based. 2008’s Little Garden and 2010’s Photograph feature all original material by Bode, and showcase her love of poetry with songs that are rich in harmonic and timbral texture. For her most recent album, Here and Now, Erin has collaborated with producer and bassist Viktor Krauss, guitarists Matt Munisteri and Todd Lombardo, cellist Tara Santiago and GRAMMY Award-winning vocalist, Suzanne Cox.