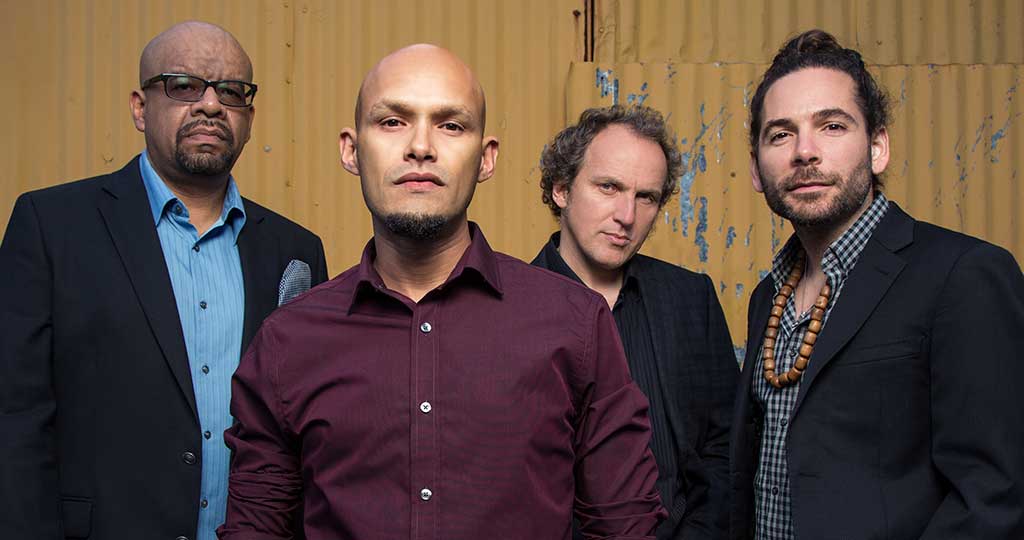 We regret to inform you that the Miguel Zenón Quartet show scheduled for April 23, 2020 at South on Main has been cancelled due to the COVID-19 situation.

In light of this change of plans, we are offering you two options - we can issue you a full refund for your tickets or you can donate the amount to Oxford American.

Coronavirus has had an impact on the OA, as it has for so many of our peers. Live events are not just a way we enrich, inspire, and entertain our community - they are also a key part of our revenue as a nonprofit. Please consider donating your tickets today.

Thank you for rocking and rolling through this with us. We look forward to a time when we can enjoy live music together again.

The Oxford American magazine is excited to welcome the Miguel Zenón Quartet to the South on Main stage! This is the fourth and final show of their Jazz Sub-Series, as well as the final show of their 2019-2020 Concert Series. The series is made possible in part by presenting sponsor UCA College of Fine Arts & Communication, as well as their season sponsor University of Arkansas for Medical Sciences.

“This young musician and composer is at once reestablishing the artistic, cultural, and social tradition of jazz while creating an entirely new jazz language for the 21st century.”
—MacArthur Foundation

Guggenheim and MacArthur Fellow and five-time GRAMMY nominee, Miguel Zenón is one of only a handful of musicians who have masterfully balanced and blended the often contradictory poles of innovation and tradition. Widely considered to be one of the most groundbreaking and influential saxophonists of his generation, he has also developed a unique voice as a composer and as a conceptualist, concentrating his efforts on perfecting a fine mix between Latin American folkloric music and jazz.

Born and raised in San Juan, Puerto Rico, Zenón has built a distinguished career, releasing eleven albums under his own name and crafting his artistic identity by working with older jazz masters and the genre’s younger innovators.

Zenón’s biography would not be complete without discussing his role as an educator. In 2003, he was chosen by the Kennedy Center to teach and perform in West Africa as part of their Jazz Ambassador program. Since then, he has given hundreds of lectures and master classes and has taught at institutions all over the world. He is also a permanent faculty member at New England Conservatory of Music. But perhaps what best reflects his commitment to education is a program that he founded in 2011, called Caravana Cultural.

The main purpose of Caravana Cultural is to present free-of-charge jazz concerts in rural areas of Puerto Rico. The program makes a “cultural investment” in the island by giving these communities a chance to listen to jazz of the highest caliber (Zenón invites some of the best musicians in the New York jazz scene to perform as guests). At the same time, young Puerto Rican musicians have the opportunity to be actively involved in the concert activities. Presented every four to six months, each concert focuses on the music of a specific jazz legend (Charlie Parker, Miles Davis, Duke Ellington, among others) and is preceded by a pre-concert presentation that touches on the basic elements of jazz and improvisation.