with Sy Smith and Theresa Payne 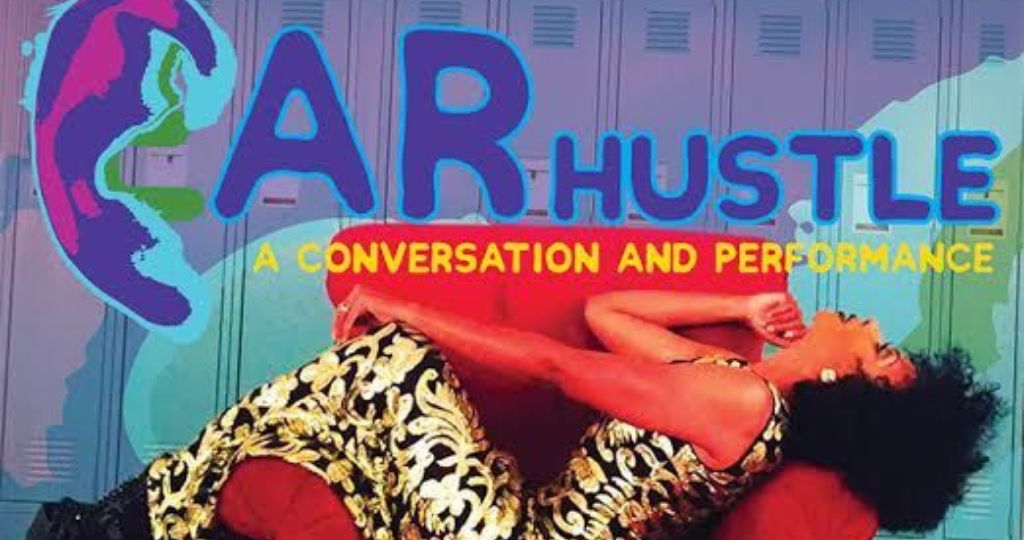 “Ear Hustle”, A Conversation and Performance featuring Emmy-nominated vocalist Sy Smith and hosted by songstress Theresa Payne at the Kranzberg Art Center located in the Big Brothers Big Sisters building at 501 N. Grand Blvd.  Admission is $10.00. Tickets available at the door or though Metrotix.com. Seating is Limited.

Sy Smith is a singer, songwriter and producer that helped cultivate the nu-soul scene, which now easily boasts some of the most progressive artists of that genre to date, some of whom came directly from Smith’s own band line-ups (including Thundercat and Kamasi Washington). As a producer, Sy displays an expected but not-before seen maturity on “Sometimes A Rose Will Grow In Concrete” (SRWGC),  the fifth studio album completely written and produced by the critically acclaimed progressive soul artist.  Her catalog includes five studio albums, with contributions from a who’s who of producers (James Poyser of The Roots, Ali Shaheed Muhammad of A Tribe Called Quest and Nicolay of The Foreign Exchange). The soaring soprano has provided supporting vocals for Whitney Houston, Sheila E., Meshell Ndegeocello, Chaka Khan, Usher, Macy Gray and The Rickey Minor Band (as seen on American Idol for six seasons and The Tonight Show with Jay Leno).  Most recently though, she’s caught the ear of jazz aficionado Grammy-winning trumpeter Chris Botti and is a regular featured guest.

No stranger to success, Theresa Payne has gained numerous achievements ranging from being named "Best R&B/Soul Artist" in a popular voter-based award contest for the St. Louis' music scene all the way to facing megastars Adam Levine, Usher, Shakira and Blake Shelton on the stage of NBC's The Voice for their sixth season. Her talent has also gained her opportunities to open for artists such as Jill Scott and Eric Roberson.

FROM THE LAB is a creative opportunity for area high school musicians, deejays, producers and songwriters to create and record original music. It is designed to give its participants the opportunity to study and explore the richness of their inner-potential through a three-step formula of EXPOSING, EXPERIENCING and EXECUTING. It is the intentions of this program to inform and educate participants about songwriting, recording, business, financial literacy and entrepreneurship in the arts through creative sessions, live studio recordings, performance and networking opportunities. Applications are being accepted through September 6th. For more information, visit thelamarharris.com.