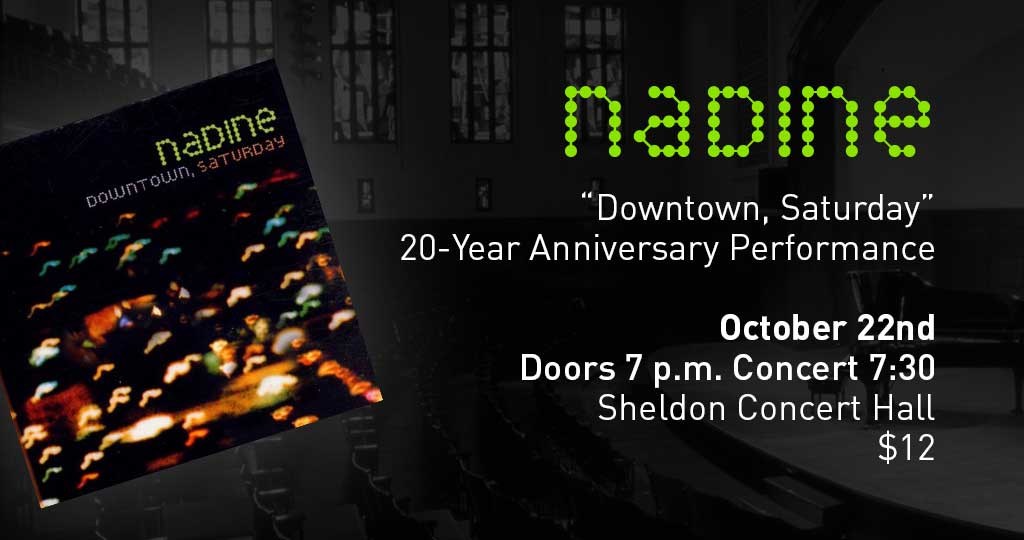 Presented by the Notes from Home series

Celebrated Saint Louis rock band Nadine reunite for a performance of their seminal recording “Downtown, Saturday.” Originally released in 1999, the album was a pioneering work that combined Alt-Country song craft with imaginative electronica and elements of hip hop. The album will be performed in its entirety by original members with special arrangements designed to complement The Sheldon’s acoustic setting.