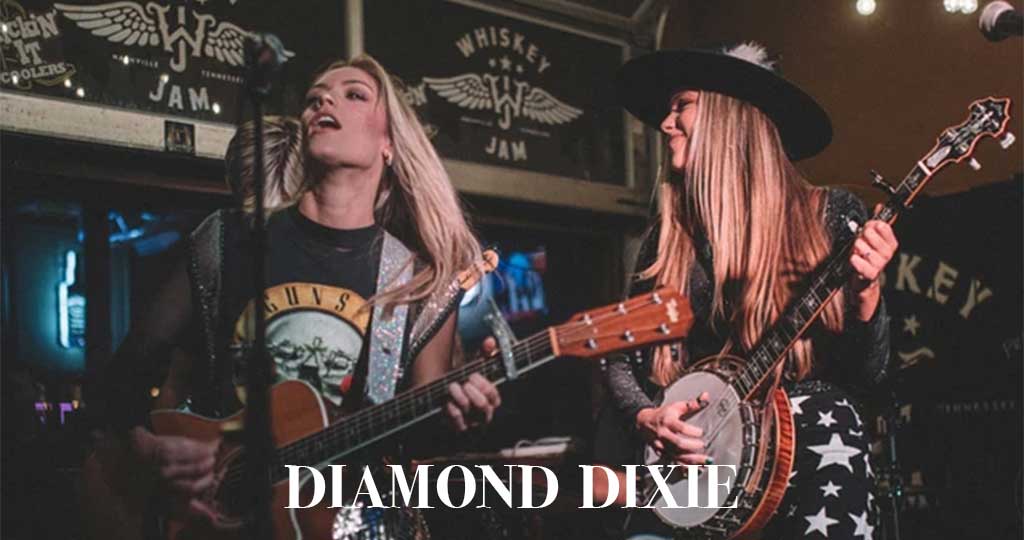 In The Sheldon Ballroom

The Sheldon and Stellar Gigs are pleased to present “Nashville Live at The Sheldon,” a showcase for Nashville’s emerging artists and hit songwriters. Recreating the unique up-close and personal musical experiences found in the small venues of Nashville, where contemporary country stars hone their craft as they strive to make it in the business, “Nashville Live” returns to The Sheldon Ballroom with Diamond Dixie.

Diamond Dixie is a country duo consisting of sisters Gabriela and Bianca LeDuc. The siblings learned guitar from their dad at a very young age and started their musical journey playing shows at school and church festivals as well as local community events. The duo now resides in Nashville, Tennessee where they are continuing to pursue their musical career.

Diamond Dixie has released its first full-length album, Growing Wings, which snapshots Diamond Dixie “essentials,” as well as singles such as “I Think It’s Funny,” “Girls Like That” and “Lock It Up.” Growing Wings was produced by Grady Saxman, Ben Jackson, Greg Bates and Joe Carrell. Their recent single, "PDA,” was written with Kevin Bard and Jacob Rice and is gaining momentum on TikTok and other social media platforms.

Over the past few years, Diamond Dixie has played the VIP Lounge at West Palm Beach for Florida Georgia Line, Luke Bryan and Miranda Lambert and have opened for Darius Rucker, Little Texas, Neal McCoy and Brad Paisley, among others. In November 2020, music fans crowned Diamond Dixie champions in Ole Red’s Battle of the Bands (with competition coming in from all four Ole Red Locations—Nashville, Orlando, Gatlinburg and Tishomingo).

ACCESSIBILITY: The Sheldon Ballroom is accessible via elevator. Contact The Sheldon in advance to reserve an accessible parking spot on The Sheldon’s west parking lot: 314-533-9900.