NASHVILLE LIVE AT THE SHELDON

NASHVILLE LIVE AT THE SHELDON 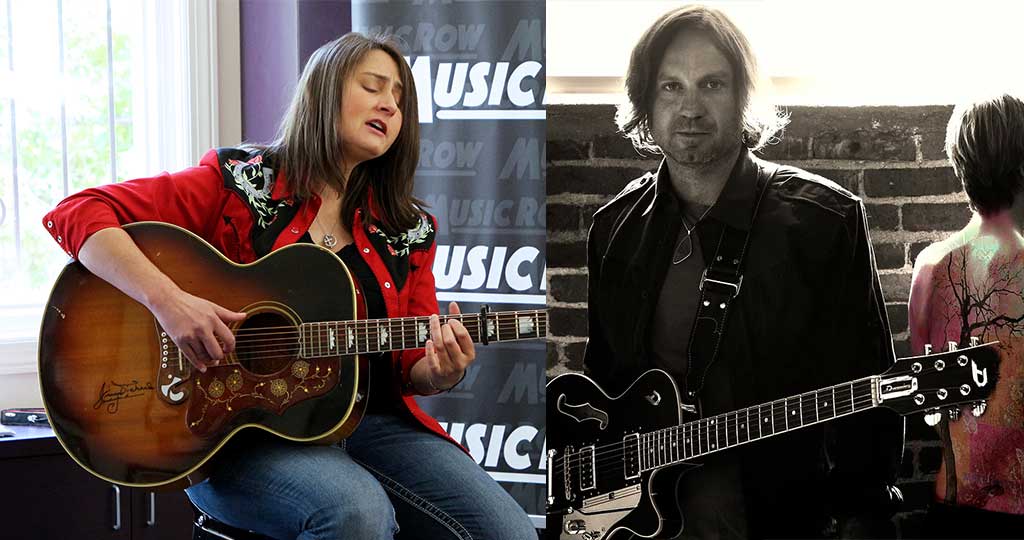 In The Sheldon Ballroom

The Sheldon and Stellar Gigs are pleased to present “Nashville Live at The Sheldon,” a showcase for Nashville’s emerging artists and hit songwriters. Formerly “Nashville Live in Grand Center,” the series has presented numerous artists in intimate venues throughout the Grand Center Arts District, recreating the unique up-close and personal musical experiences found in the small venues of Nashville, where contemporary country stars hone their craft as they strive to make it in the business.

Erin Enderlin has a way of turning a song or even just a thought into an outstretched hand to the lonely or ashamed. In everything she does, Enderlin sings like the heir to Patsy Cline or Tammy Wynette, then writes like Eudora Welty decided to pick up country music. Over the last two years, the Country Music Hall of Fame & Museum included Enderlin in their annual American Currents exhibit. Rosanne Cash included Enderlin in the year-end 2020 playlist she curated for Oxford American, and the Grand Ole Opry invited Enderlin to perform on their broadcast Christmas Day, marking her 12th time on the program. Other highlights included a spot on CMT’s Make It Country and four trophies––Country Artist, Songwriter, Song and Album of the Year––at the 2020 Arkansas Country Music Awards. Enderlin remains a go-to writer for stars and legends as well. Her catalog includes Alan Jackson’s “Monday Morning Church,” Lee Ann Womack’s “Last Call,” Luke Bryan’s “You Don’t Know Jack,” and a host of other songs for Randy Travis, Joey+Rory, Reba McEntire, Terri Clark, Whisperin’ Bill Anderson and more.

Wildly literate, utterly artistic, impossibly ambitious and absolutely a slave to his art, Ray Stephenson is completely committed to the truth. He is a world class songwriter, recording artist, an intensely captivating live singer, guitar player, record producer and virtuoso painter. Add in the ability to express the uniquely personal in a universal way, and you have a true artist. Ray Stephenson does exactly that in his paintings, his songwriting and his performances.  As a musician, Ray Stephenson is a Grammy Award-winning, Platinum-selling singer/songwriter from Nashville, TN. His successes include winning Canadian Country Music Association (CCMA) Songwriter of the Year in 2013, writing the title track of Kenny Chesney’s album Hemingway’s Whiskey, and writing the Blake Shelton/Miranda Lambert duo and album title track, "Red River Blue.” Both reached #1 on the Billboard Album Charts and were certified Platinum. Some of the most revered and iconic legends in Country Music have recorded his music, including Willie Nelson, Kris Kristofferson and Merle Haggard. He’s been a part of four Grammy nominated projects and one Grammy winning project (Guy Clark’s final recording, My Favorite Picture Of You, which brought home the Grammy for Best Folk Album in 2015).

Presented in partnership with Stellar Gigs

ACCESSIBILITY: The Sheldon Ballroom is accessible via elevator. Contact The Sheldon in advance to reserve an accessible parking spot on The Sheldon’s west parking lot: 314-533-9900.