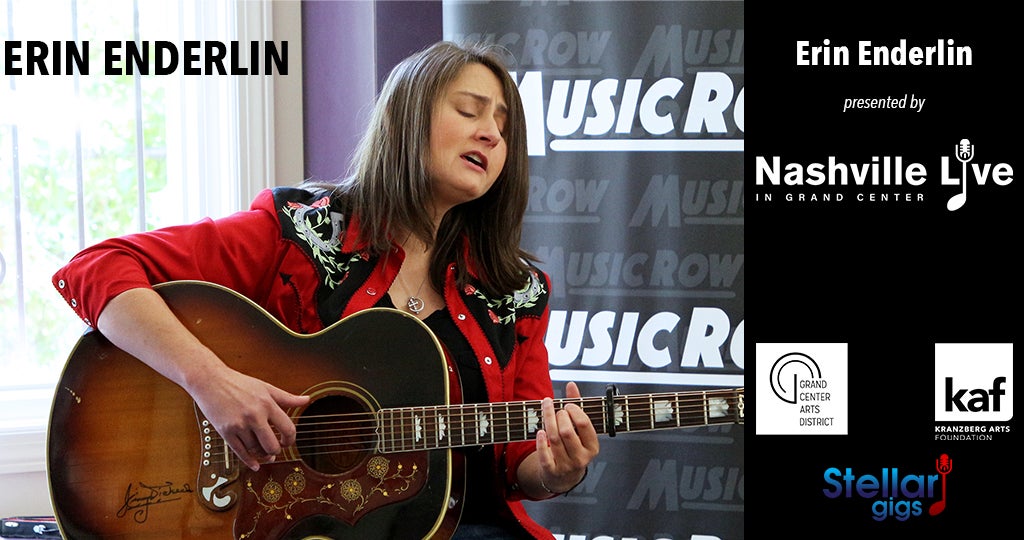 The observation is signature Enderlin: She has a way of turning a song or even just a thought into an outstretched hand to the lonely or ashamed. While she first turned heads as a godsend to those aching for an artist with some golden-era country backbone, Enderlin’s acclaimed 2017 record Whiskeytown Crier firmly cemented her as something more. She’s a literary songwriter and superb vocal stylist with a knack for sharply drawn––and often sad––characters. Backsliders, avengers, lovers, and victims––they’re all swapping forlorn tales on the collection, which is a fresh take on the concept album set in a small Southern town.

Now, Enderlin is home in Nashville, reflecting on that record and the past couple of years as she enjoys a little downtime after opening a run of shows for Jamey Johnson. 2018 was an especially busy year for the singer-songwriter. She was named a member of the 2018 CMT Next Women of Country, a recipient of the Arkansas Country Music Awards Songwriter and Album of the Year recognitions, and runner-up to Jason Isbell in the Best Singer-Songwriter field in the Nashville Scene’s touchstone Best of Nashville issue. Already a go-to writer for stars having penned mega country hits such as Alan Jackson’s “Monday Morning Church,” Lee Ann Womack’s “Last Call,” Luke Bryan’s “You Don’t Know Jack,” and a host of other songs for Randy Travis, Joey+Rory, and more, Enderlin continues to add marquee cuts to her catalog including, “The Bar’s Getting Lower” recorded by Reba for her upcoming album Stronger Than the Truth. Terri Clark also featured five Enderlin-written gems on her Raising the Bar album and Whisperin’ Bill Anderson recorded and released her “Waffle House Christmas,” then featured her in the song’s beloved video. After hearing Enderlin perform on the radio broadcast of the Grand Ole Opry while en route there herself, Jeannie Seely decided to sing the song she heard Enderlin deliver, the gut-punching “I Let Her Talk.”