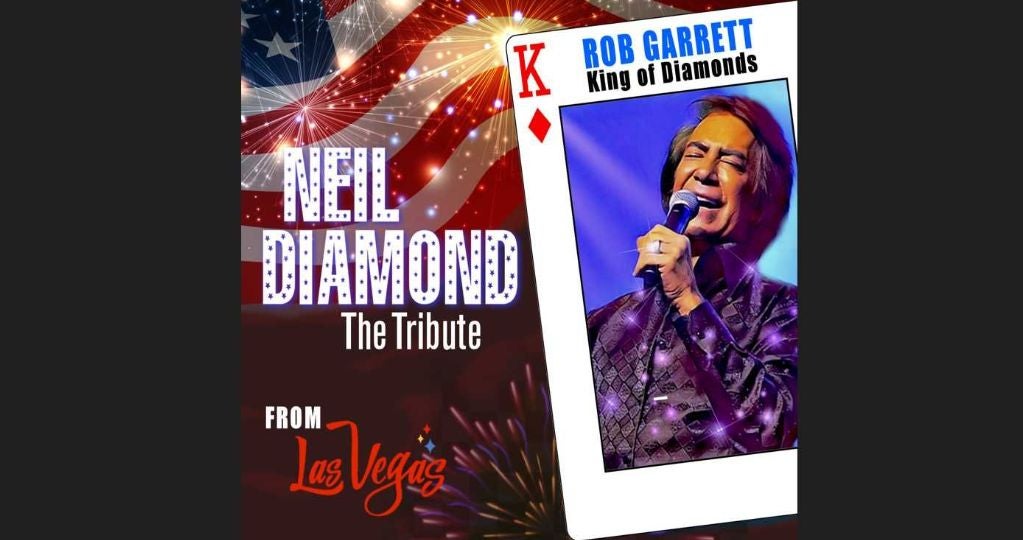 Coming to The Sheldon Concert Hall in St. Louis, Neil Diamond - the Tribute, starring veteran Las Vegas performer Rob Garrett.  This is America’s #1 Neil Diamond Tribute Artist and is unparalleled in his portrayal of the legendary performer.

From Vegas to Honolulu, to New York, to Berlin - Rob is known as the ‘King of Diamonds’ as he naturally captures the presence, passion, and energy of this iconic performer in all his youthful ‘JAZZ SINGER’ glory. Those who have witnessed Rob’s stunning performances will testify that you simply can’t get any closer!  And with his lavish music arrangements and captivating stage presence, this is a show everyone can enjoy!

In 2008, Rob was awarded the “Male Musical Tribute Artist of the Year” award in Las Vegas marking the first (and only) time a Neil Diamond tribute act has won such an honor.