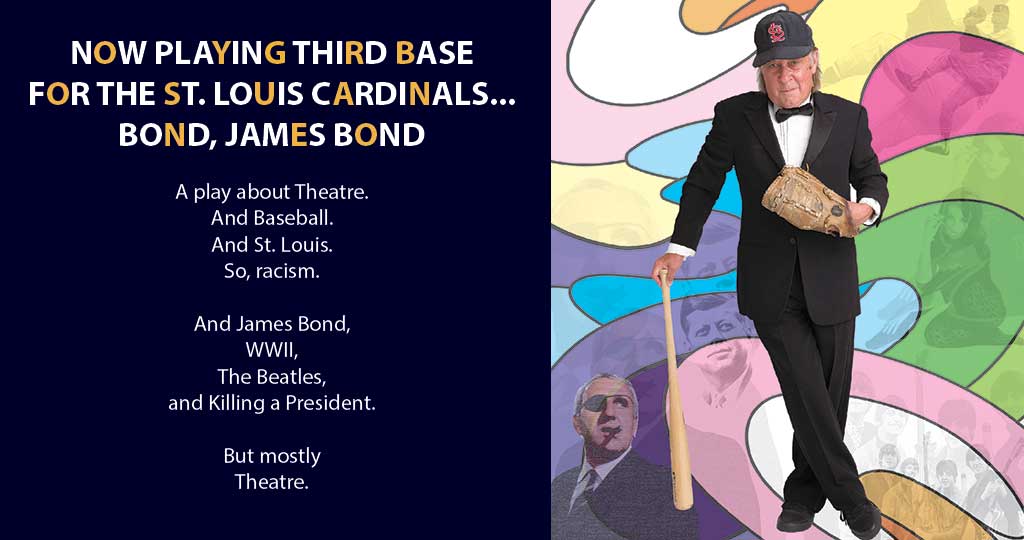 written and performed by Joe Hanrahan

NOW PLAYING THIRD BASE FOR THE ST. LOUIS CARDINALS…BOND, JAMES BOND concerns  a teen-age boy in 1964.  JFK’s assassination still casts a pall on the nation.  The Beatles’ emergence in February of ’64 starts to lighten the mood.  The Cardinals continue the good times in St. Louis with a mad dash toward the pennant.  And when a new movie hero hits the screens that summer, a bunch of boys on a baseball field have their first theatre experience, when one of their gang offers a 30-minute one-man show of FROM RUSSIA WITH LOVE.  Throughout, the playwright draws links between what’s happened and happening -  from JFK to James Bond; from segregation in St. Louis to segregation in baseball’s Southern Leagues (and Major Leagues) and at Florida stadiums where The Beatles played; from WWII to hardcore British film production crews and JFK hit squads; from the first cave man who stood up by the fire to the theatre musings of Peter Brook…most of it swirling in front of the eyes of a young boy, most of it sharp memories of the time it was.

Advance ticket sales end at 5pm for evening shows, 11am for the matinee.

Electronic delivery (print-at-home or mobile) only.