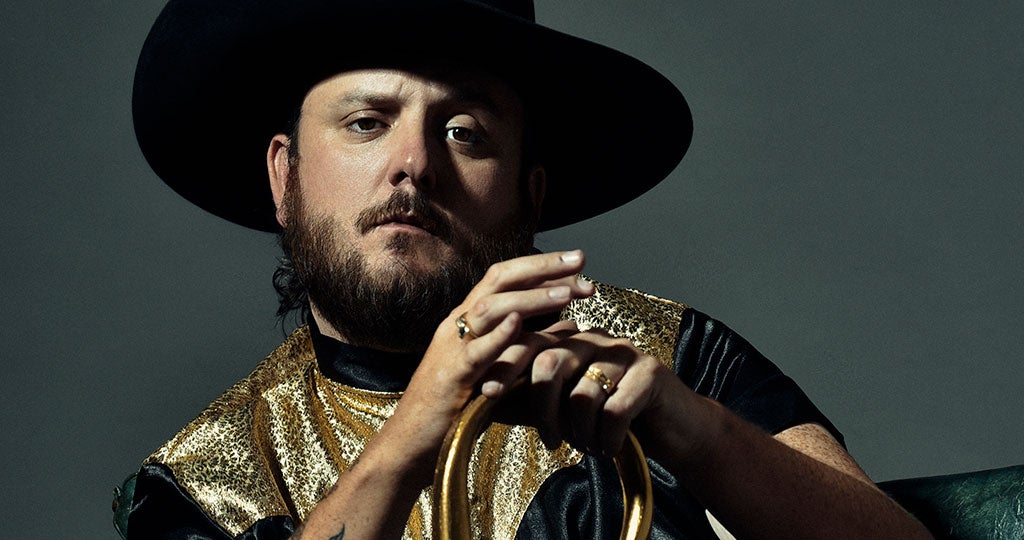 Want to get a bead on Paul Cauthen?

Suffice to say that the singer, songwriter and proud son of Tyler, Texas -- steward of a rich, resonant,bass-leaning tenor dubbed Big Velvet -- covers a lot of ground and embodies a lot of characters. He'll tellyou right off the bat that he's "Country As F**k," throwing down a wad of "F**k You Money" andheading into the night to "Cut a Rug." His "Country Clubbin'" has as much to do with swinging as hisswing. But a song or two later dude's vowing to be loving his wife "Till the Day I Die" and, in COUNTRY COMING DOWN's title track, dreams of living in "a cabin in the country, far away from the city lights"where "life is slow and easy."

The fact that all of that exists within the same guy, who's full of good humor, sharp wit and a heart as bigas his home state is what makes Cauthen someone who's easy, and exciting, to spend 10 songs with.

"Y'know, you got your bangers and you got your ballads," Cauthen acknowledges. "You got your meaningful songs where you're opening up more of your vulnerable side, and then you're putting on a f**king show -- all in one album. And it's all honest, I'll tell ya that. Everything on there is something I've felt or thought before."

ALL AGES.
There is a $2 surcharge for minors at the door.