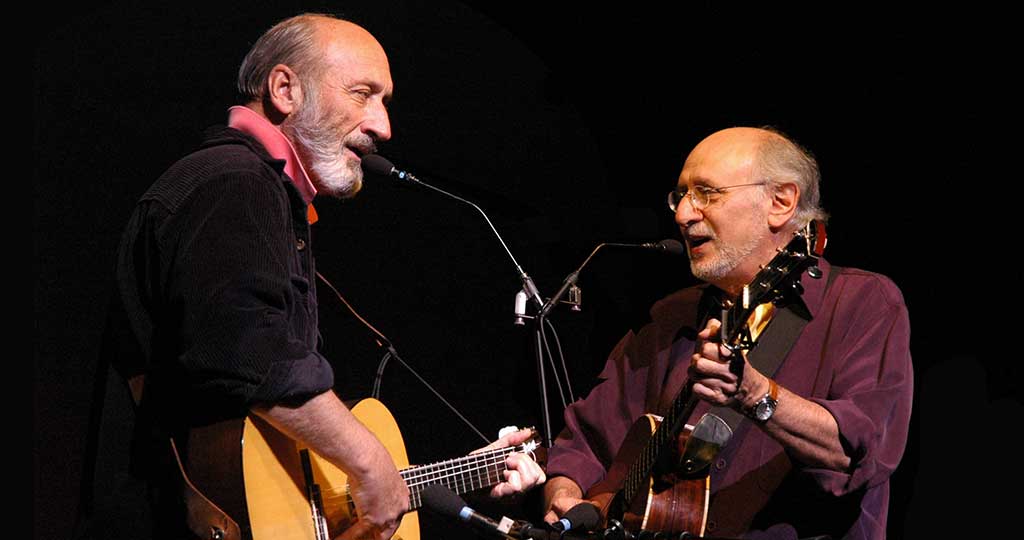 Those who are not able to attend the rescheduled date are eligible to request a refund at the original point of purchase. Refunds should be requested by midnight on September 30 through MetroTix at [email protected].

Peter Yarrow and Noel Paul Stookey carry on the tradition of the renowned folk music group Peter, Paul and Mary--a union that lasted 50 years. No American folk group lasted longer or amassed a more loyal following than Peter, Paul and Mary.  During their legendary career, the trio won five Grammys, produced 13 top 40 hits of which six ascended into the top 10, and earned eight gold and five platinum albums.

When Peter and Noel perform together, audiences comment that in many ways it feels as if Mary were still on the stage with them.  The energy and enthusiasm for the music has not diminished, in fact it seems ever more impassioned, and frequently the audience steps in to sing Mary's part--their voices strong, their hearts full.   It's community at its best and what folk music is all about--carrying it on.