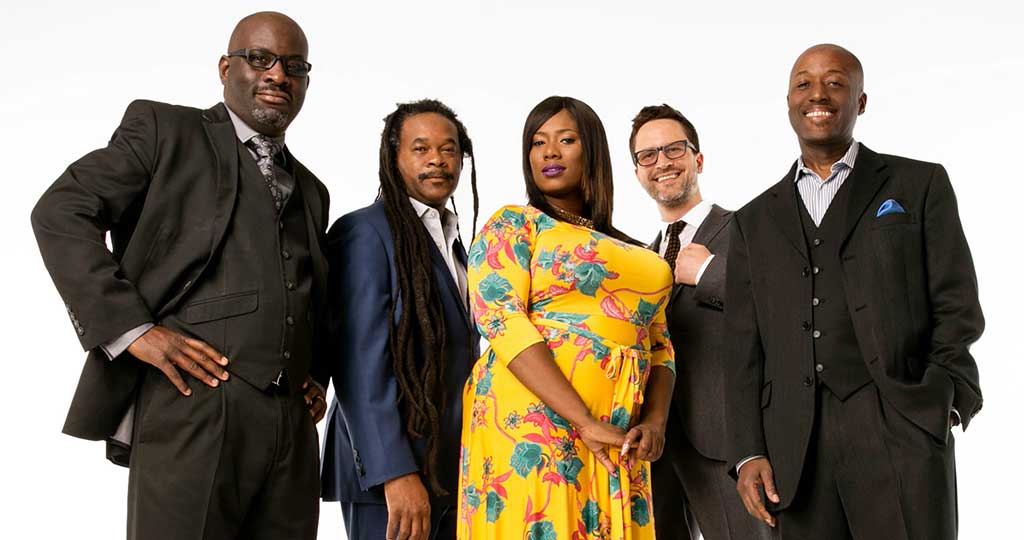 The Oxford American magazine is excited to welcome Ranky Tanky to the South on Main stage! This is the fourth and final show of their Archetypes & Troubadours Sub-Series. The series is made possible in part by presenting sponsors Chris & Jo Harkins and J. Mark & Christy Davis, as well as their season sponsor University of Arkansas for Medical Sciences.

Ranky Tanky debuted their eponymous record on October 20, 2017. By December of that year, the group had been profiled on NPR’s Fresh Air with Terry Gross and the album soared to the #1 position on the Billboard, iTunes, and Amazon Jazz Charts.

“Gullah” comes from West African language and means “a people blessed by God.” “Ranky Tanky” translates from Gullah loosely as “Work it,” or “Get funky!” In this spirit, the quintet from Charleston, South Carolina, performs timeless music of the Gullah culture born in the southeastern Sea Island region. From playful game songs to ecstatic shouts, from heartbreaking spirituals to delicate lullabies, the musical roots of Charleston are fertile ground from which these contemporary artists are grateful to have grown.

Native to the region, Quentin Baxter, Kevin Hamilton, Charlton Singleton, and Clay Ross first came together in 1998, forming a seminal Charleston jazz quartet. After spending years apart and gaining a deeper understanding of home, these accomplished artists have reunited, joined by one of the low-country’s most celebrated vocalists Quiana Parler, to revive a “Heartland of American Music” born in their own backyards.