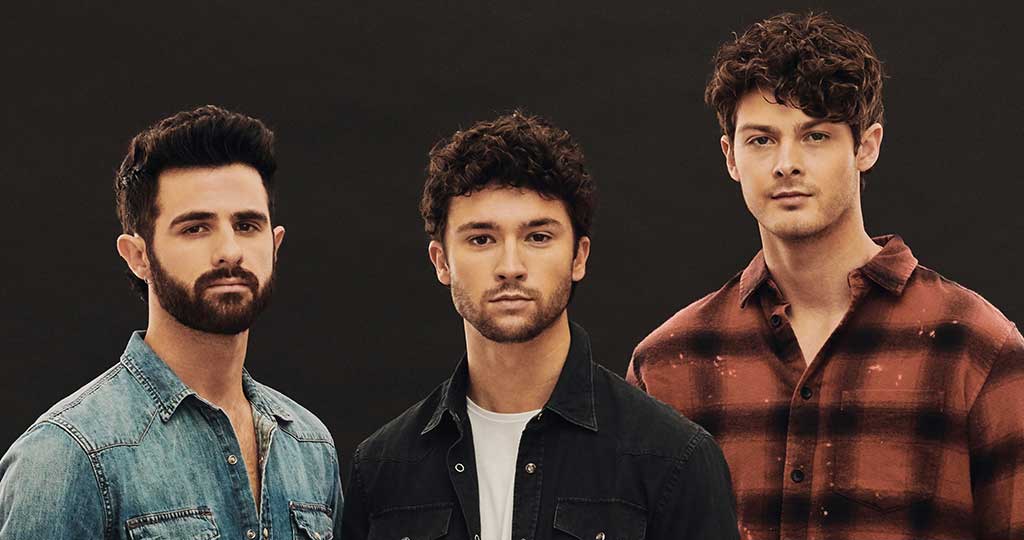 Due to laryngits in the band, THIS EVENT HAS BEEN RESCHEDULED AGAIN TO THURSDAY, AUGUST 4, 2022.  Tickets for the original May 7 or May 12 date will be honored at the door. If you are unable to attend the new date, you can request a refund prior to August 1.

Made up of three different but complementary voices, country band Restless Road is “one of the most intriguing and exciting acts of the year” (Wide Open Country). Praised by People, Taste of Country, Billboard, and more, the trio’s powerhouse harmonies and soul-baring lyrics put them on numerous 2021 “Ones to Watch” lists, as members Zach Beeken, Colton Pack, and Garrett Nichols continue to rack up millions of streams. As NBC’s Today Show host Hoda Kotb put it:“That harmony...you feel it in your soul.”

Since Zach and Colton joined forces after meeting on a singing competition (where they met futurecollaborator Kane Brown), Restless Road has stood out as one of the genre’s premier vocal forces. When Garrett came onboard in 2015, they knew they had something special.

In February 2020, the trio unveiled their debut self-titled EP, which includes “Take Me Home,” featuringKane Brown. A short year later, they dropped their track, “Took One Look At Her Momma,” whichAmerican Songwriterpraised for its “captivating melody and lyrics that those in a relationship couldbenefit from hearing.” They recently released their tracks “Bar Friends,” “Hometown Tonight,” and“Headlights.”

Now on the road with Kane Brown as direct support on his “Blessed & Free Tour,” which runs until February 2022, Restless Road is gearing up for their first headlining trek. With all signs indicating Restless Road is a contender for best new vocal group, its members continue to write, sing, and perform together as they take the next steps down country music’s long and winding road.

* meet & greet + photo opportunity may be socially distanced, masked or converted to a fully virtual model depending on covid 19 guidelines at the time of your show

Package details subject to change without notice. All VIP packages are NON-TRANSFERABLE; NO NAME CHANGES will be permitted under any circumstances; NO REFUNDS or EXCHANGES; all sales are final. You will receive an email 2-3 days prior to the performance date with instructions for your VIP Experience. Please note this offer is not valid for tickets purchased via Fan to Fan Resale. By participating in any event with Restless Road, you hereby agree that your name, photographic and/or video image, and voice may be used in any media, whether now known or hereafter invented, throughout the world for any purpose whatsoever

RELEASE: You release, and agree to indemnify and hold harmless, Restless Road, and its respective members, officers, directors, employees and agents (the "Released Parties") from and against all claims (known and unknown), liabilities, injuries, death, loss and/or damages of any kind arising from your participation in the VIP Package and/or meet & greet, or the acceptance, possession or use or misuse of the package or any related prizes. You assume all risks associated with the VIP Package or use or misuse of any related prizes, and you agree that the Released Parties will not be responsible or liable for any injury, harm, death, damages, costs or expenses.