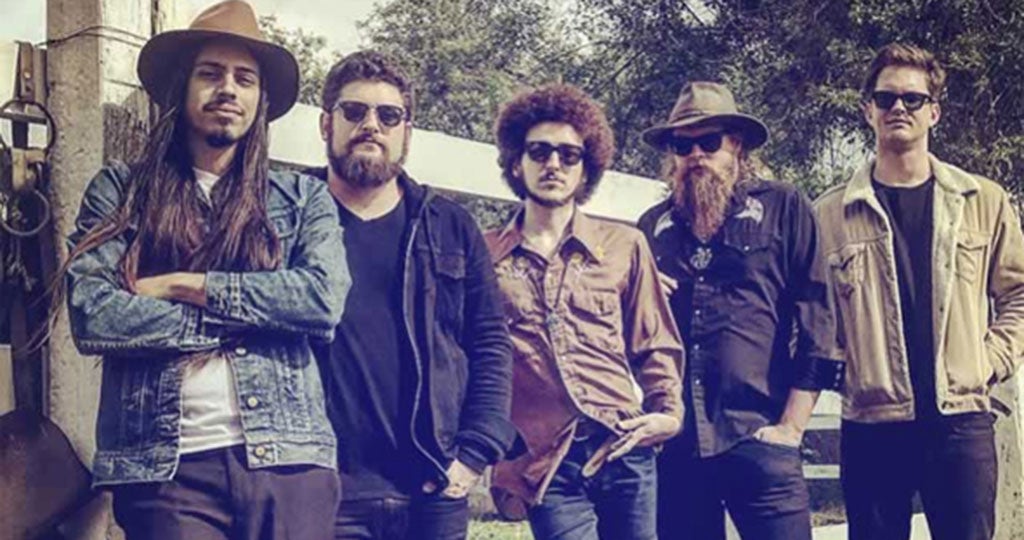 with Nick Gusman & The Coyotes

Robert Jon & The Wreck are a double shot of southern rock with a blues chaser. Roots rock jams, whiskey drenched lyrics and fervent stage shows only scratch the surface of what makes RJ&TW one of the best live bands to emerge from Southern California in years. With a growing discography and billings alongside the likes of Joe Bonamassa, Sturgill Simpson, and Peter Frampton, the quintet is poised for their greatest work yet. Based in Orange County, CA with a vibe straight out of the south, Robert Jon & The Wreck are blazing a path into 2021 with a new album and international tour.

Composed of Robert Jon Burrison (lead vocals/guitar), Andrew Espantman (drums/background vocals), Steve Maggiora (keys/background vocals), Henry James (lead guitar), and Warren Murrel (bass), Robert Jon & The Wreck are currently writing their fifth LP. The new album is untitled to date and set for release in spring of 2020, and will launch a stateside tour that spans southern California to Florida. The U.S. dates will be followed by a European leg toting stops in Valencia, Paris, and Frankfurt, with bookings still underway and locations in Japan and Australia to be announced.

Reigning from southern California, Robert Jon & The Wreck, has been taking the southern rock sound established on the east coast and bringing it to the West Coast. Since their inception in 2011, these 5 native Californian’s; Robert Jon Burrison (Lead Vocals/Guitar), Andrew Espantman (Drums/Background Vocals), Steve Maggiora (Keys/Background Vocals), Nick Phakpiseth (Bass) have been electrifying audiences all over the world with their soaring guitar leads, boogieing grooves, rich vocal harmonies and arguably perfect tunes.

This quintet began their musical journey together in February 2011. Within 6 months the band had not only embarked on a coast-to-coast national tour, but also released their first album, “Fire Started”. This album, produced by Robert Jon & The Wreck was mixed by Michael Vail Blum (Pink Floyd, The New Radicals, Prince) and mastered by Dale Becker (Macklemore, What So Not). While this album is not widely recognized as being in canon with their later work, it certainly served as a launching point for the bands wildly successful and travel-filled years to come.