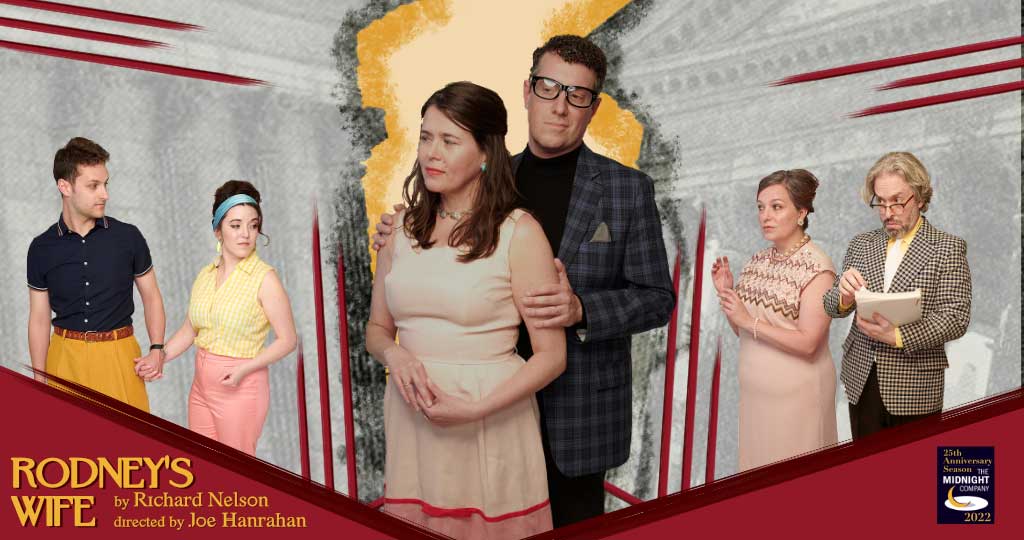 RODNEY’S WIFE is set during a steamy summer in Rome, 1962, taking place over a day in an Italian villa full of an extended family and scorching secrets.  Rodney's Hollywood stardom is beginning to dim, and he's arrived to star in one of the first, pre-Eastwood, Spaghetti Westerns. With him, his second wife, Fay, not sure if she can last another day as just “Rodney’s wife";  Eva, hanging on to her brother and her lifestyle any way she can: Lee, daughter by his first wife, now back in the heart of the family.  Ted, Lee’s fiancee, a surprise to the family and Lee:  and Henry, Rodney's agent, with a pregnant wife in the States, and a movie star to care for in Rome.

Advance ticket sales end at 5pm for evening shows, 11am for the matinee.

Electronic delivery (print-at-home or mobile) only.