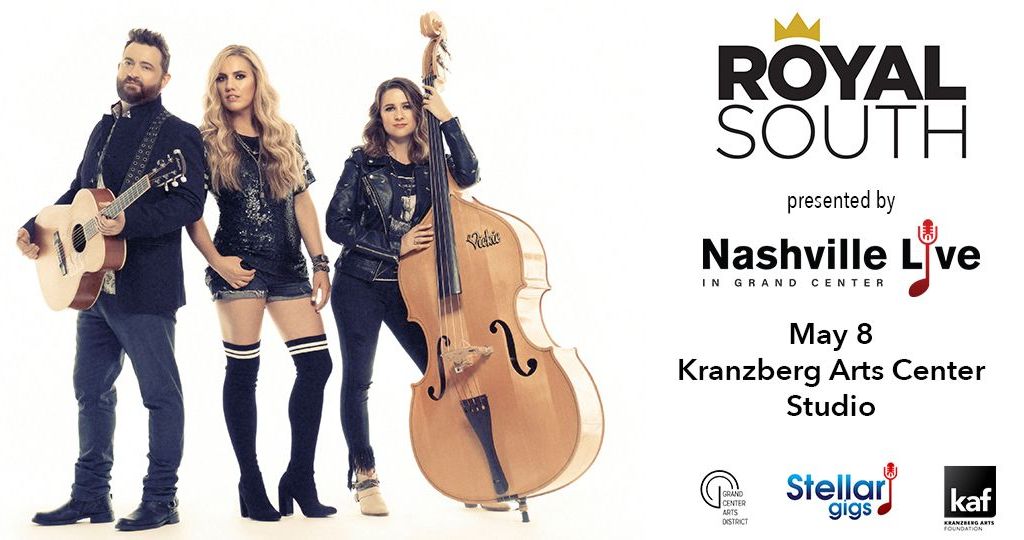 THIS EVENT HAS BEEN CANCELLED.
Full refunds will be issued automatically.

Royal South well represents the emerging artists of Nashville. The trio of SaraBeth, Glen Mitchell and Vickie Vaughn, have each toiled tirelessly in Nashville, performing at the Bluebird, the honky-tonks of lower Broadway, and the Grand Ole Opry. They’ve also contributed their songwriting skills to hit songs recorded by other artists. In 2018, the three banded together to form a powerful harmony trio. Their sound was interesting enough to catch the attention of producer Paul Worley (who has produced Dixie Chicks, Lady Antebellum, and Martina McBride) and they have recorded several songs with him. This lively trio will present an entertaining show of songs they've recorded as a trio and as individuals, with a few covers as well.