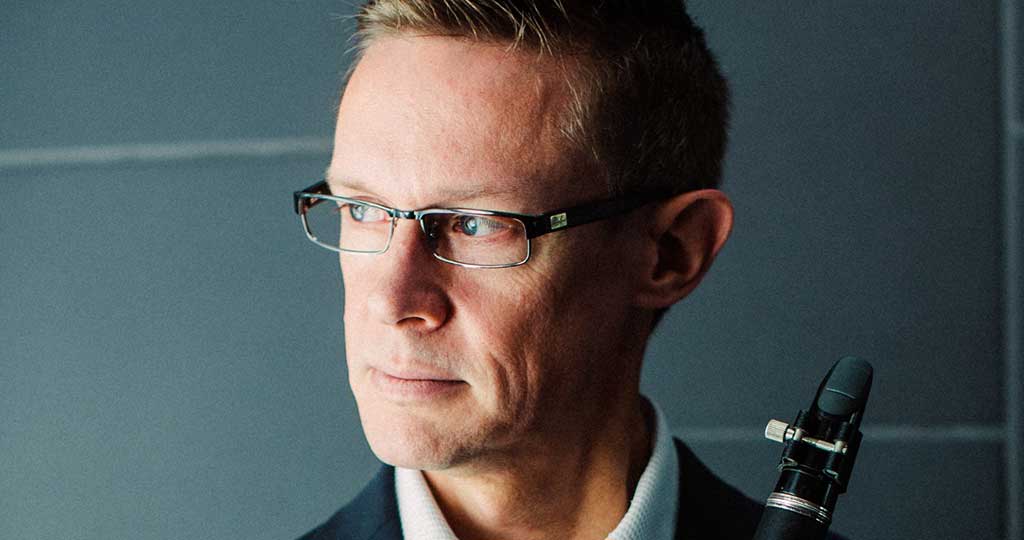 Part of The Sheldon's Classics Series

Symphony Principal Clarinet Scott Andrews celebrates the composers, performers and teachers who have played important roles in creating great music for the clarinet. Andrews will pay tribute to his own teachers as well as those of Benny Goodman, the swing legend who popularized the clarinet in the 20th century. The concert will include music by Darius Milhaud and Morton Gould and will feature Mozart’s glorious Clarinet Quintet.

The performance will also include the world premiere of Catalogue by Nikolaus Schroeder, made possible by a generous grant from the Sinquefield Charitable Foundation and the Mizzou New Music Initiative.

A complimentary dessert reception follows the concert, giving you an opportunity to meet the artists.

Sheldon Classics is welcomed by RAF-STL

This concert replaces the originally scheduled Mark Sparks performance on the same date. Single ticket buyers wishing to request a refund may do so at the original point of purchase. Those wishing to attend the newly scheduled concert should simply retain their current tickets and present them at the door.

Classics series subscribers should retain their current tickets and present them at the door on the night of show.