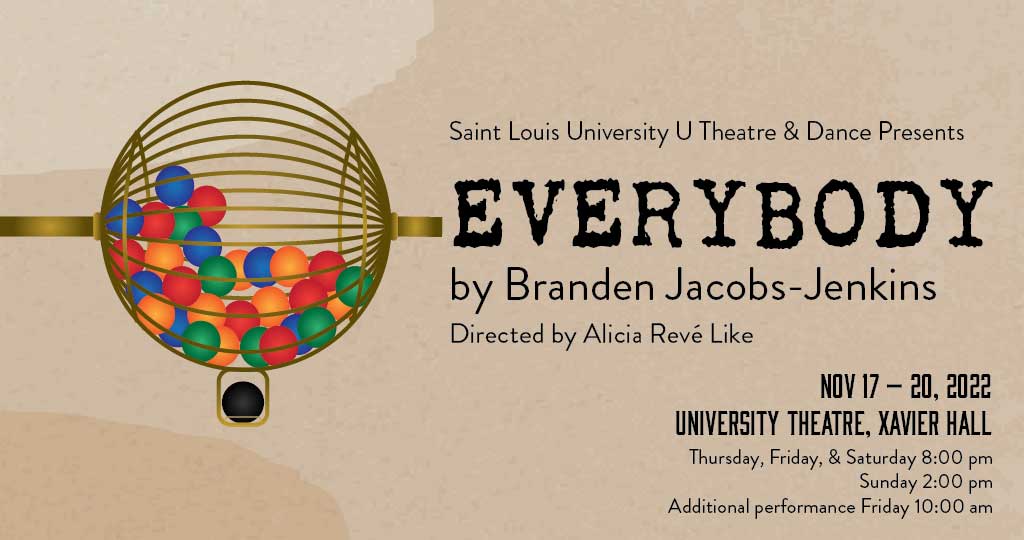 Everybody, a one-act play by Branden Jacobs-Jenkins, premiered Off-Broadway in 2017 at the Signature Theatre and was first published in 2018. It is a modern retelling of Everyman, the most well-known and anthologized example of a medieval morality play, which was adapted from a Dutch play by an anonymous 15th century English writer. Morality plays first appeared in the 12th century, evolving from the Catholic Church’s cycle plays and liturgical dramas, which reenacted biblical scenes, and became popular in the late Middle Ages (15th/16th centuries). They began as religious allegories designed to teach the audience a moral lesson by representing abstract concepts and ideas as characters.

In Everyman, God sends Death to take Everyman, who stands in for all humankind, on his final journey. Along the way, Everyman meets characters who personify concepts such as Fellowship, Wisdom, Strength, and Discretion. However, they all abandon him, and he can only bring Good Deeds with him to gain entrance to heaven after he receives forgiveness from Confession. This medieval morality play was influenced by a philosophical shift in that followed the devastation of the Black Death in the mid-14th century: the internalization of the idea that life is fragile, and that suffering and death could come to anyone at any time.

The season ticket package includes one ticket for each of the four shows.
Select the performances you wish to attend for a discounted price!