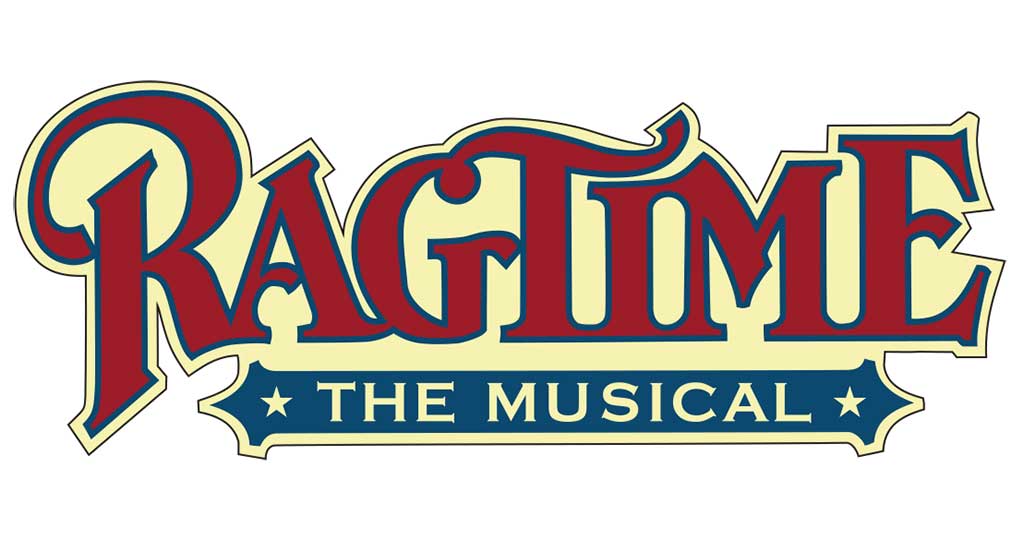 Written by the award-winning composer/lyricist team of Stephen Flaherty and Lynn Ahrens (Once on This Island, Seussical and Lucky Stiff), noted playwright Terrence McNally, and based on E.L. Doctorow's distinguished novel, Ragtime is the winner of the 1998 Tony Awards for Best Score, Book and Orchestrations, and both the Drama Desk and Outer Critics Circle Awards for Best Musical and Best Score. Called by TIME Magazine "A triumph for the stage," and by the International Herald Tribune "the best musical in twenty years," this acclaimed musical is filled with pageantry, emotion and hope, bursting onto the stage like no other musical.

At the dawn of a new century, everything is changing... and anything is possible. Set in the volatile melting pot of turn-of-the-century New York, three distinctly American tales are woven together – that of a stifled upper-class wife, a determined Jewish immigrant and a daring young Harlem musician – united by their courage, compassion and belief in the promise of the future. Together, they confront history's timeless contradictions of wealth and poverty, freedom and prejudice, hope and despair... and what it means to live in America.

The Tony-winning score is just as diverse as the melting pot of America itself, drawing upon many musical styles, from the ragtime rhythms of Harlem and Tin Pan Alley to the klezmer of the Lower East Side, from bold brass band marches to delicate waltzes, from up-tempo banjo tunes to period parlor songs and expansive anthems. A truly unique and powerful portrait of America, Ragtime is sure to inspire actors and audiences alike!

Children 5 and under are free in the GA Lawn section. Visit the Muni box office upon arrival for these complimentary admission tickets.

Wednesday night is family night!  Get up to three free GA Lawn kids' tickets (under 12) with each paid GA Lawn ticket. Visit the Muni box office upon arrival for these complimentary admission tickets.

At this time, there are no masking or vaccination requirements for audience members.

Know Before You Go

Know Before You Go

Originally conceived on April 21, 1950, as a not-for-profit theatrical organization, the Springfield Municipal Opera Association transformed a 55-acre wheat field into an outdoor amphitheater. On June 17, 1950, thousands of people viewed the opening night performance of our first production, The Merry Widow.

The Muni produces four shows a season, and each summer the Muni audience continues to grow. With support from our sponsors, enthusiastic audiences, and a dedicated and talented corps of volunteers onstage and backstage, the Muni has become one of the largest community theaters in the Midwest. We believe that we are the largest organization of our type in the country that is completely self-supporting, dependent on neither grants, nor tax dollars.

For more than 60 years, we have entertained thousands of people each summer with the best in musical theatre. The Muni is a unique jewel in Springfield's landscape – a beautiful site tucked away at the lake that offers families and friends a venue to spend time together, volunteer, perform, direct and enjoy quality entertainment.

Each year, great thought and consideration are given to developing the season. It is our goal not only to provide you with shows that are familiar but also new productions. We are proud to be part of this community and grateful for your continued support.

When weather is threatening, the Muni consults with the National Weather Service to determine whether or not a show should be canceled for the safety of our patrons, volunteers, and our cast and crew members.

In the event of inclement weather, the Muni reserves the right to hold the start of a performance for a maximum of one hour. The Muni may interrupt a show for a maximum of 30 minutes before cancellation. If a show has played for a total of one hour, rain checks will not be issued. If a show is cancelled and has not played for a total of one hour or to intermission, retain your ticket stub. Your reserved-seat ticket stub may be exchanged for a seat at a subsequent performance. However, the same seat location is not guaranteed. Patrons holding general admission tickets may retain their ticket stub or obtain rain checks before leaving the theater. A performance has not been cancelled until an announcement has been made from the speaker system.