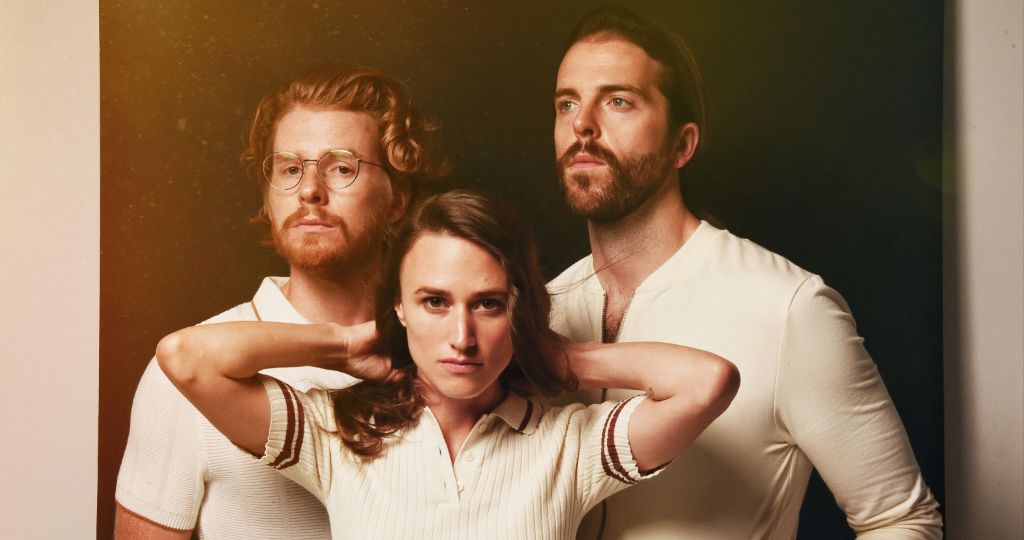 In a society buoyed by lies, it takes strength to confront the truth. Unlovely, the third full length album from Calin “Callie” Peters (vocals, cello, bass), Martin Earley (vocals, guitar), and Devin Mauch (vocals, percussion), isn’t about the complete absence of beauty. Instead, the eleven tracks on The Ballroom Thieves latest LP are a sonic encapsulation of emotional and political dissonance, the constant state of discomfort that’s enveloped the world for the past few years. Incorporating musical styles that range from Motown to classic rock and metal, Unlovely maintains the recognizable, nostalgia-tinged sound of The Ballroom Thieves’ previous outputs while pushing a heightened brashness. Since the release of their first EP and debut full-length, A Wolf in the Doorway, The Ballroom Thieves have consistently and skillfully crossed genres, joining artists like Caamp, Langhorne Slim and Shakey Graves to bridge the gap between folk, rock and soul. With Unlovely, thanks in part to frequent collaborator Ariel Bernstein, the trio took it a step further and grew their instrumental arsenal, amplifying their signature energy and eccentricity. "Ariel has been a great friend of ours for years now," says Earley. "He's a talented musician, engineer, and unlicensed band therapist, so when we decided to expand our touring party, he was the unanimous first round draft pick." It’s their unique brand of powerful and harmonious music, while never shying away from topics and ideas they are passionate about that has charmed fans around the country. Their catalogue has amassed over 85 million streams and they’ve gained a loyal live following, selling out shows and earning festival spots at Boston Calling, Newport Folk, Moon River, Mountain Jam, and Calgary Folk. Ultimately, Unlovely sets the stage for The Thieves to continue to impact listeners everywhere.