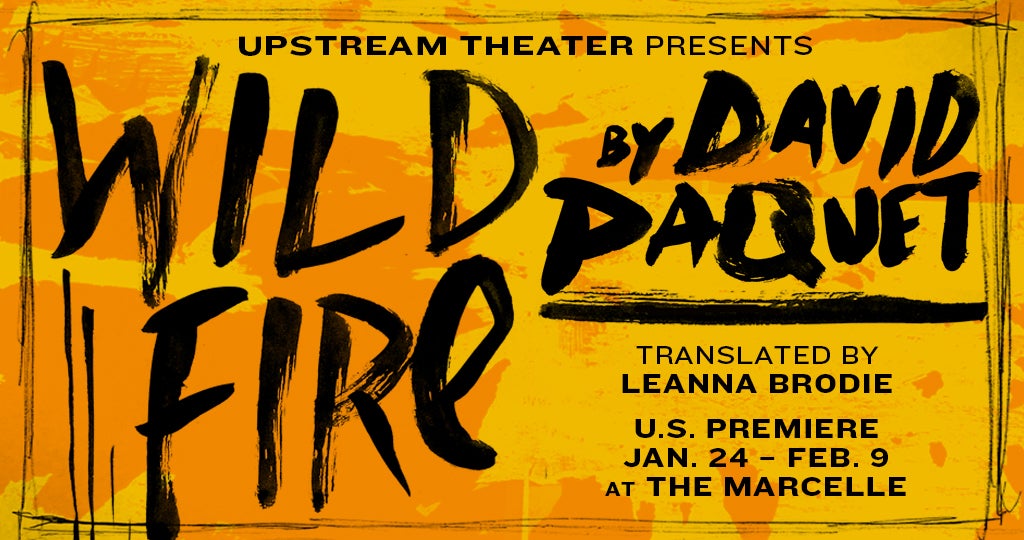 Claudette, Claudia, Claudine,  Carol, Callum, and Caroline have more in common than names that begin with C—they are haunted by a family history of childhood trauma, which unfolds across three generations—and then loops back … to the future. They do what they can to survive. Sometimes by baking cookies, sometimes by playing fantasy games, and sometimes by smashing a hammer into a TV.

Highly absurd, terribly funny and beautifully constructed, WILDFIRE is a mix of ferocious black comedy and a humanistic worldview which recognizes that seemingly unremarkable lives can experience extraordinary fates.

“Tragic and funny at once, David Paquet’s fiercely original Wildfire is equipped with astonishing and brilliant thoughts which convey the super-sensitive world vision of this young Québecois playwright” - 7e ciel, Journal Métro

Bohemian Thursday - all tickets are $10

The Marcelle box office opens 1 hour prior to show.