Bad for You Tour

Bad for You Tour 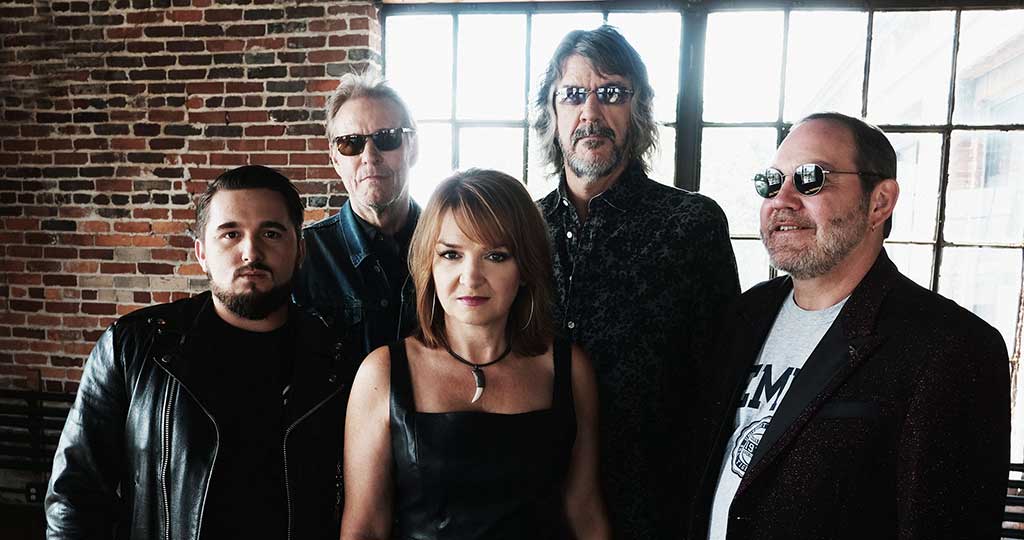 The Steeldrivers concert, rescheduled for Saturday, June 27, has been rescheduled once again for October 16. Ticket buyers should retain their current tickets and present them at the door on the newly scheduled date.

Richard Bailey's banjo plays funky, little Kentucky-goes-to-Memphis rolls. Tammy Rogers' fiddle soars. Brent Truitt's mandolin chops time, and Mike Fleming's bass pounds the downbeat. And all that is righteous and right-on. Elevated, even. But Nichols—he lets loose something the opposite of righteousness. It's a howl, full of hurt and anger and life. Starts on the highest E note that 99.9% of male singers can hit, then ascends into a sweet falsetto, and then opens up like the gates of Hell, into a reeling screech.

"That made me dizzy for a second," Nichols says, remembering the moment he sang the line. "Really, I almost passed out. There are certain lines in SteelDrivers songs that require a little bit of Wilson Pickett."

Nichols knows about Wilson Pickett, who recorded "Mustang Sally" at FAME studios in Muscle Shoals, Alabama, less than three miles from Jimmy Nutt's NuttHouse, where the SteelDrivers recorded these Muscle Shoals Recordings. Nichols is from Muscle Shoals. He grew up as a guitar slinger and a soul shouter, which should not be any help in fronting one of bluegrass music's most engaging outfits. But part of the reason the SteelDrivers are such an engaging band is the seemingly incongruous blend of soul and slink, blues and country, mountain coal and red dirt.

"I think that's what moves people when they come to see us: the realness and rawness and edge," says Rogers, who formed the SteelDrivers in 2005 with Bailey, Fleming, multi-instrumentalist Mike Henderson, and soulful singer (and now-acclaimed contemporary country artist) Chris Stapleton. That version of the SteelDrivers received three GRAMMY® nominations and won an audience that was surprised and initially saddened by the 2010 and 2011 departures of Stapleton and Henderson. But the entries of Nichols and virtuoso mandolin talent Truitt have created a SteelDrivers band that carries the gutbucket ethic of the original combo, but pleases in different ways. They took home the GRAMMY for Best Bluegrass Album for The Muscle Shoals Recordings at the 2016 awards.

Nichols, who initially felt an obligation to replicate Stapleton's mighty vocal turns, emerged as a vocalist of distinction, as a monster acoustic guitarist and as a songwriting force who wrote or co-wrote five of Shoals Recordings' 11 songs. Rogers stepped up her songwriting as well, and she has credits on all but one of the album's remaining songs. The one outlier on The Muscle Shoals Recordings is "Drinkin' Alone," a romp penned by Jay Knowles and former SteelDriver Stapleton. Wait, check that...

"Chris Stapleton and Mike Henderson will always be SteelDrivers," Rogers says. "They aren't in the band playing shows, but they are part of our sound, and part of our story."

Truitt's fluid mandolin added another virtuoso element to a group that is undergirded by Fleming's upright bass and baritone harmonies.

"Mike is responsible for a lot of the emotion of the songs," Nichols says. "He stands out more on this record vocally than he ever did before, and as a bass player he's a big part of our sound. We don't have a drummer, so he and I have to be the kick, snare, and high hat. He's the backbone; I'm the hips."

That's not to say that this is all about swagger and sway. These Muscle Shoals Recordings hold much in the way of plaintive beauty. "Here She Goes," written by Nichols and Dylan LeBlanc, is songwriting at its most honest—no posturing and no fronts. It's a song about divorce, without blame: "If I were honest, I'd say she stayed too long," Nichols sings, to a soundtrack aided by Jason Isbell, Nichols' childhood friend and musical partner, who co-produced the track (and "Brother John").

In the studio, the band kept pushing the tempo, perhaps to assuage the sadness and, perhaps, because it's sometimes easier for master musicians to play with reckless abandon than with somber certainty.

"After we played it through, I spoke up and said, 'Maybe it needs to be a bit faster,'" Rogers says. "Jason said, 'Well, maybe we can just try harder.' He was right, and we tried harder."

Way back then, Gulliver worked with Jimmy Nutt, upon whose studio the SteelDrivers converged in late 2014 to make an uncommon and instantly identifiable album. Nutt cut his teeth at Rick Hall's FAME studios, and Hall is the guy who produced "You Better Move On," "Fancy," "Slip Away," and, come to think of it, Wilson Pickett's "Mustang Sally." All that stuff is supposed to be a world removed from Nashville, from bluegrass, from banjos and mandolins. But the SteelDrivers place it all in close proximity. They make music born of collisions of traditions, from meldings of things assumed un-meldable.

"This stuff is all related," Nichols says. "The note selection, the melodies, and the licks are the same. It's just a different accent."

Nichols and the SteelDrivers speak in their own accent, one that charms and sears and beguiles. This is a band like no other, by inclination but not by calculation. Nichols, Rogers, Bailey, Fleming, Truitt... Those of us who have listened all know where their souls are bound. Bound to triumph. Bound to rise. Bound to matter. Bound to resound. Bound to impact. Bound to roar and shimmy, to howl and heal. A damn good band, this one. If you don't believe it, start around two minutes and ten seconds into "Long Way Down." That's the stuff, right there.

Watch: The SteelDrivers - Long Way Down